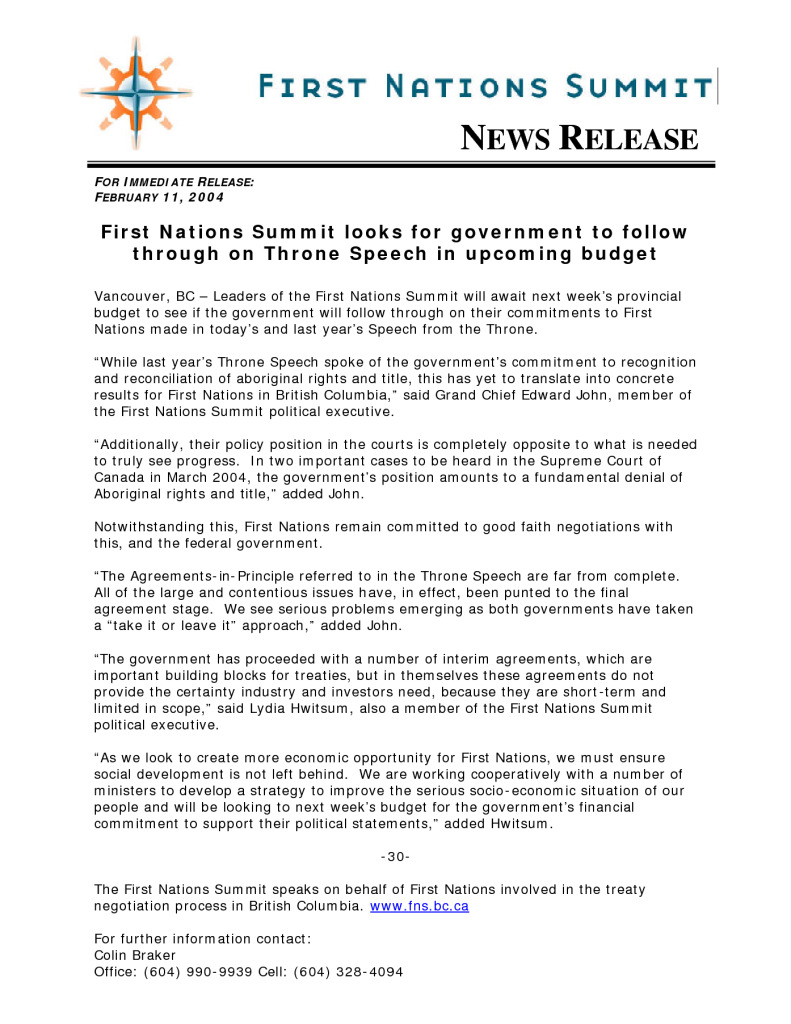 Vancouver, BC – Leaders of the First Nations Summit will await next week’s provincial budget to see if the government will follow through on their commitments to First Nations made in today’s and last year’s Speech from the Throne.

“While last year’s Throne Speech spoke of the government’s commitment to recognition and reconciliation of aboriginal rights and title, this has yet to translate into concrete results for First Nations in British Columbia,” said Grand Chief Edward John, member of the First Nations Summit political executive.

“Additionally, their policy position in the courts is completely opposite to what is needed to truly see progress. In two important cases to be heard in the Supreme Court of Canada in March 2004, the government’s position amounts to a fundamental denial of Aboriginal rights and title,” added John.