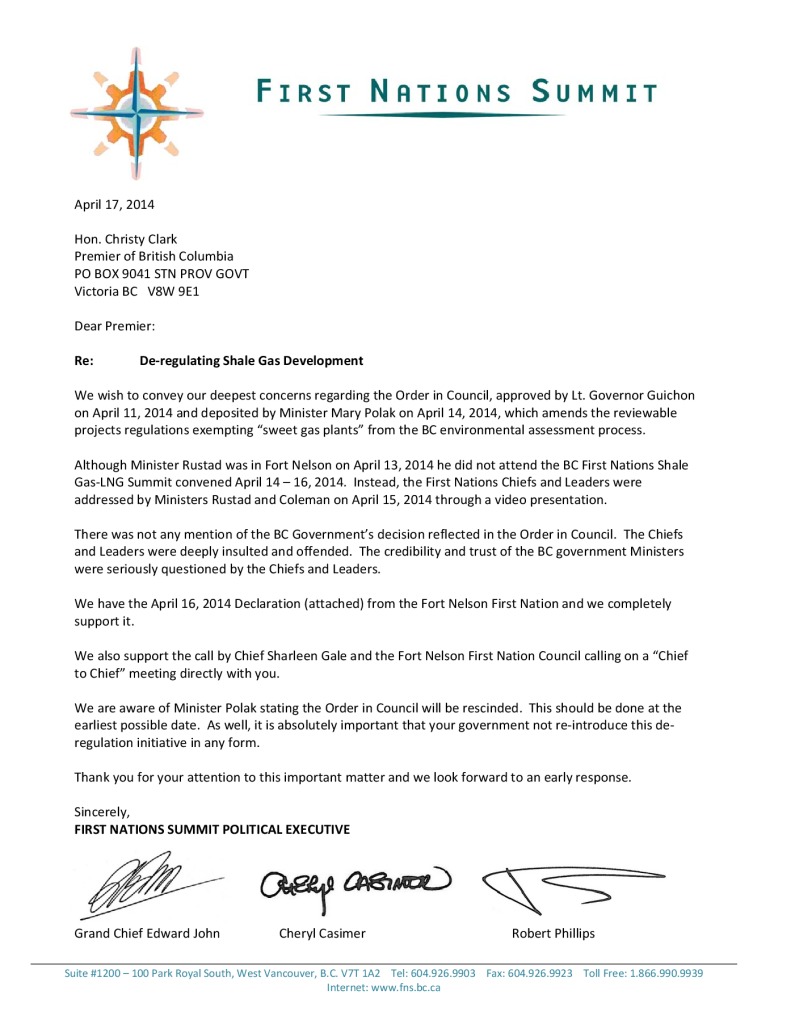 We wish to convey our deepest concerns regarding the Order in Council, approved by Lt. Governor Guichon on April 11, 2014 and deposited by Minister Mary Polak on April 14, 2014, which amends the reviewable projects regulations exempting “sweet gas plants” from the BC environmental assessment process.

Although Minister Rustad was in Fort Nelson on April 13, 2014 he did not attend the BC First Nations Shale Gas‐LNG Summit convened April 14 – 16, 2014. Instead, the First Nations Chiefs and Leaders were addressed by Ministers Rustad and Coleman on April 15, 2014 through a video presentation.