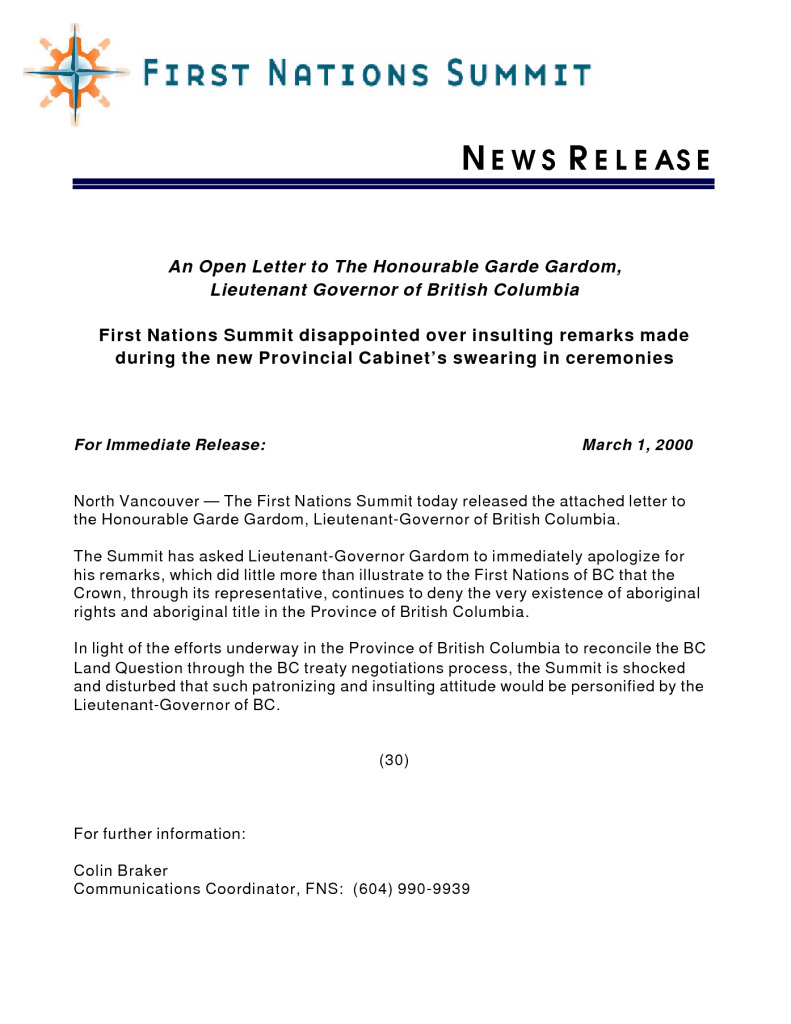 FNS disappointed insulting remarks made during Provincial Cabinet’s swearing in

The Summit has asked Lieutenant-Governor Gardom to immediately apologize for his remarks, which did little more than illustrate to the First Nations of BC that the Crown, through its representative, continues to deny the very existence of aboriginal rights and aboriginal title in the Province of British Columbia.

In light of the efforts underway in the Province of British Columbia to reconcile the BC Land Question through the BC treaty negotiations process, the Summit is shocked and disturbed that such patronizing and insulting attitude would be personified by the Lieutenant-Governor of BC.