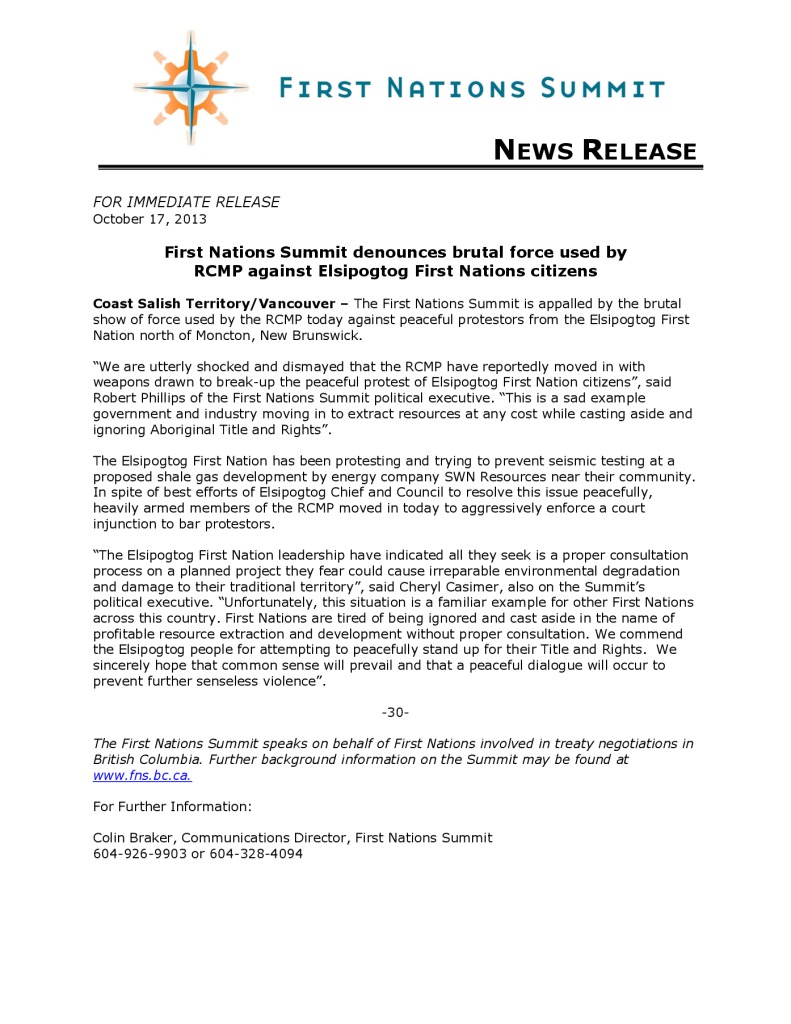 Coast Salish Territory/Vancouver – The First Nations Summit is appalled by the brutal show of force used by the RCMP today against peaceful protestors from the Elsipogtog First Nation north of Moncton, New Brunswick.

“We are utterly shocked and dismayed that the RCMP have reportedly moved in with weapons drawn to break-up the peaceful protest of Elsipogtog First Nation citizens”, said Robert Phillips of the First Nations Summit political executive. “This is a sad example government and industry moving in to extract resources at any cost while casting aside and ignoring Aboriginal Title and Rights”.

The Elsipogtog First Nation has been protesting and trying to prevent seismic testing at a proposed shale gas development by energy company SWN Resources near their community. In spite of best efforts of Elsipogtog Chief and Council to resolve this issue peacefully, heavily armed members of the RCMP moved in today to aggressively enforce a court injunction to bar protestors.