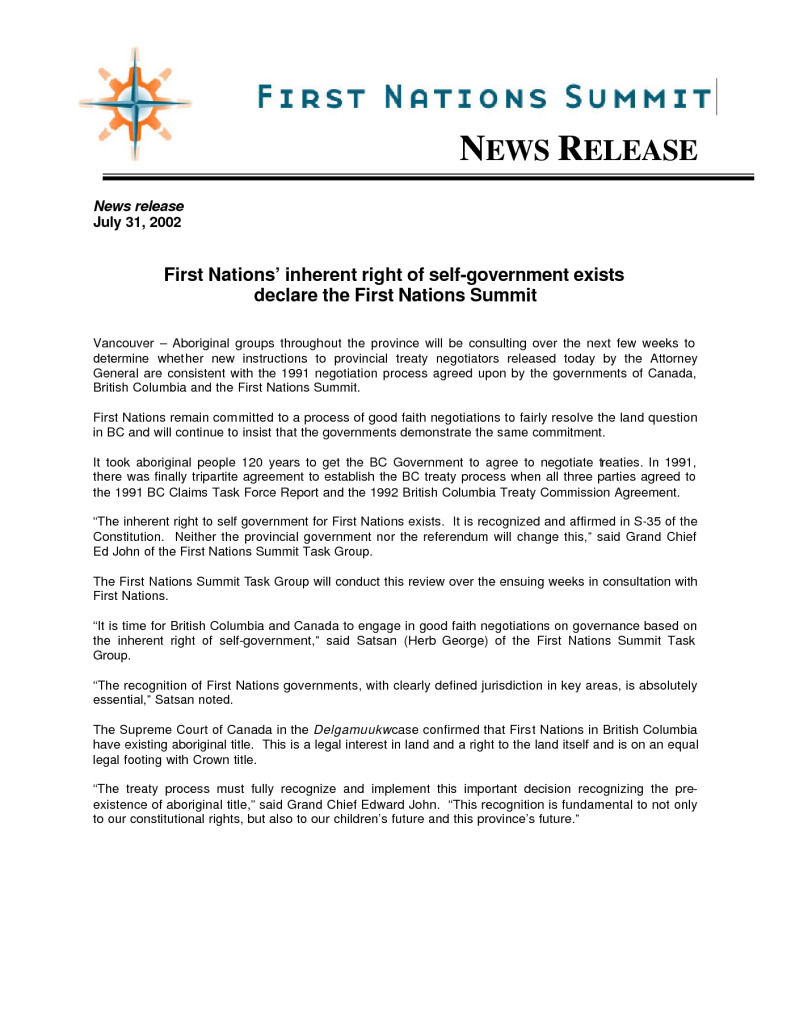 Vancouver – Aboriginal groups throughout the province will be consulting over the next few weeks to determine whether new instructions to provincial treaty negotiators released today by the Attorney General are consistent with the 1991 negotiation process agreed upon by the governments of Canada, British Columbia and the First Nations Summit.

First Nations remain committed to a process of good faith negotiations to fairly resolve the land question in BC and will continue to insist that the governments demonstrate the same commitment.

It took aboriginal people 120 years to get the BC Government to agree to negotiate treaties. In 1991, there was finally tripartite agreement to establish the BC treaty process when all three parties agreed to the 1991 BC Claims Task Force Report and the 1992 British Columbia Treaty Commission Agreement.

“The inherent right to self government for First Nations exists. It is recognized and affirmed in S-35 of the Constitution. Neither the provincial government nor the referendum will change this,” said Grand Chief Ed John of the First Nations Summit Task Group.