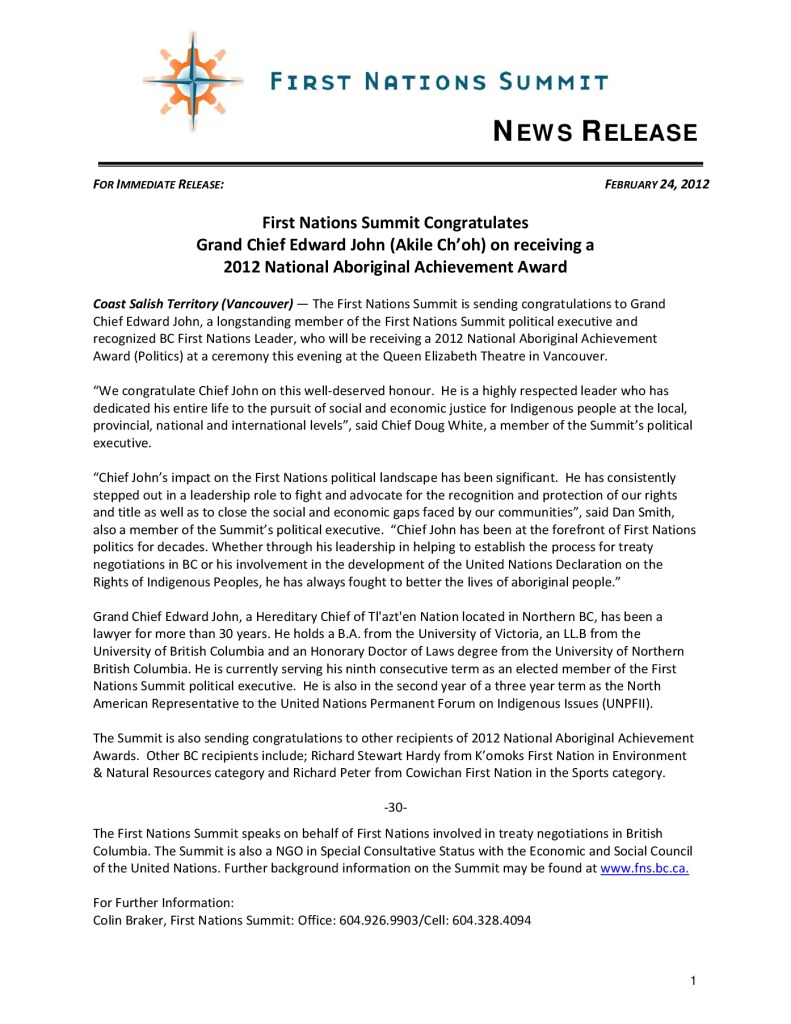 Coast Salish Territory (Vancouver) — The First Nations Summit is sending congratulations to Grand Chief Edward John, a longstanding member of the First Nations Summit political executive and recognized BC First Nations Leader, who will be receiving a 2012 National Aboriginal Achievement Award (Politics) at a ceremony this evening at the Queen Elizabeth Theatre in Vancouver.

“We congratulate Chief John on this well‐deserved honour. He is a highly respected leader who has dedicated his entire life to the pursuit of social and economic justice for Indigenous people at the local, provincial, national and international levels”, said Chief Doug White, a member of the Summit’s political executive.

“Chief John’s impact on the First Nations political landscape has been significant. He has consistently stepped out in a leadership role to fight and advocate for the recognition and protection of our rights and title as well as to close the social and economic gaps faced by our communities”, said Dan Smith, also a member of the Summit’s political executive. “Chief John has been at the forefront of First Nations politics for decades. Whether through his leadership in helping to establish the process for treaty negotiations in BC or his involvement in the development of the United Nations Declaration on the Rights of Indigenous Peoples, he has always fought to better the lives of aboriginal people.”