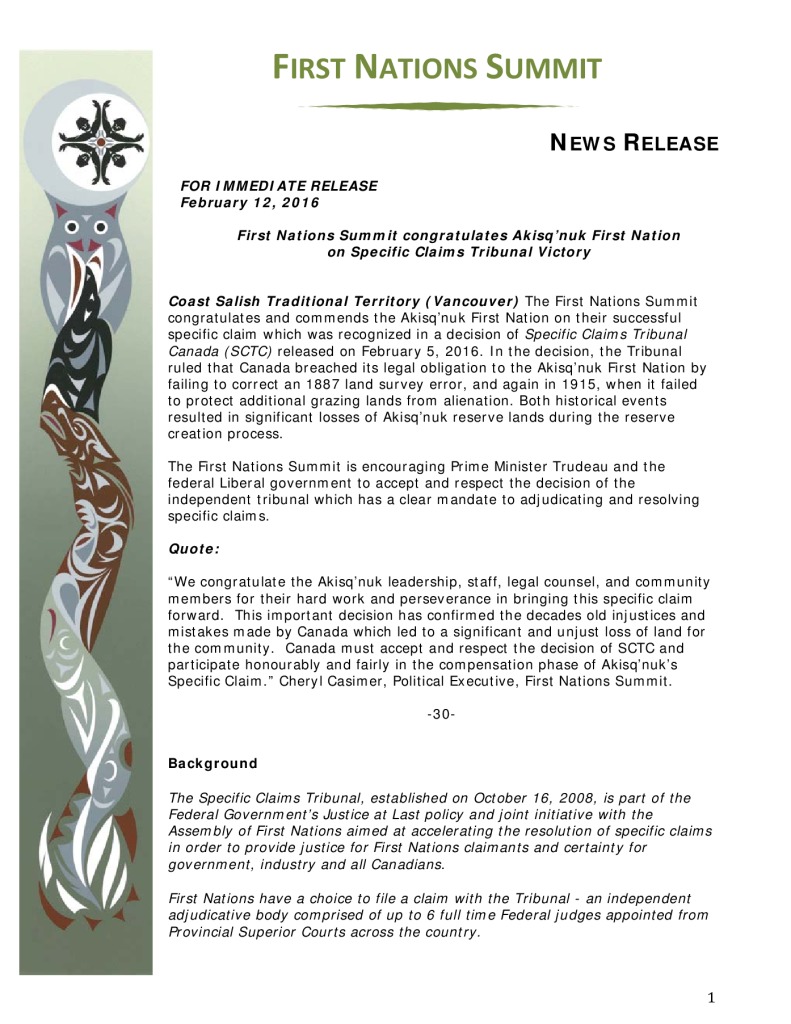 Coast Salish Traditional Territory (Vancouver) The First Nations Summit congratulates and commends the Akisq’nuk First Nation on their successful specific claim which was recognized in a decision of Specific Claims Tribunal Canada (SCTC) released on February 5, 2016. In the decision, the Tribunal ruled that Canada breached its legal obligation to the Akisq’nuk First Nation by failing to correct an 1887 land survey error, and again in 1915, when it failed to protect additional grazing lands from alienation. Both historical events resulted in significant losses of Akisq’nuk reserve lands during the reserve creation process.

The First Nations Summit is encouraging Prime Minister Trudeau and the federal Liberal government to accept and respect the decision of the independent tribunal which has a clear mandate to adjudicating and resolving specific claims.