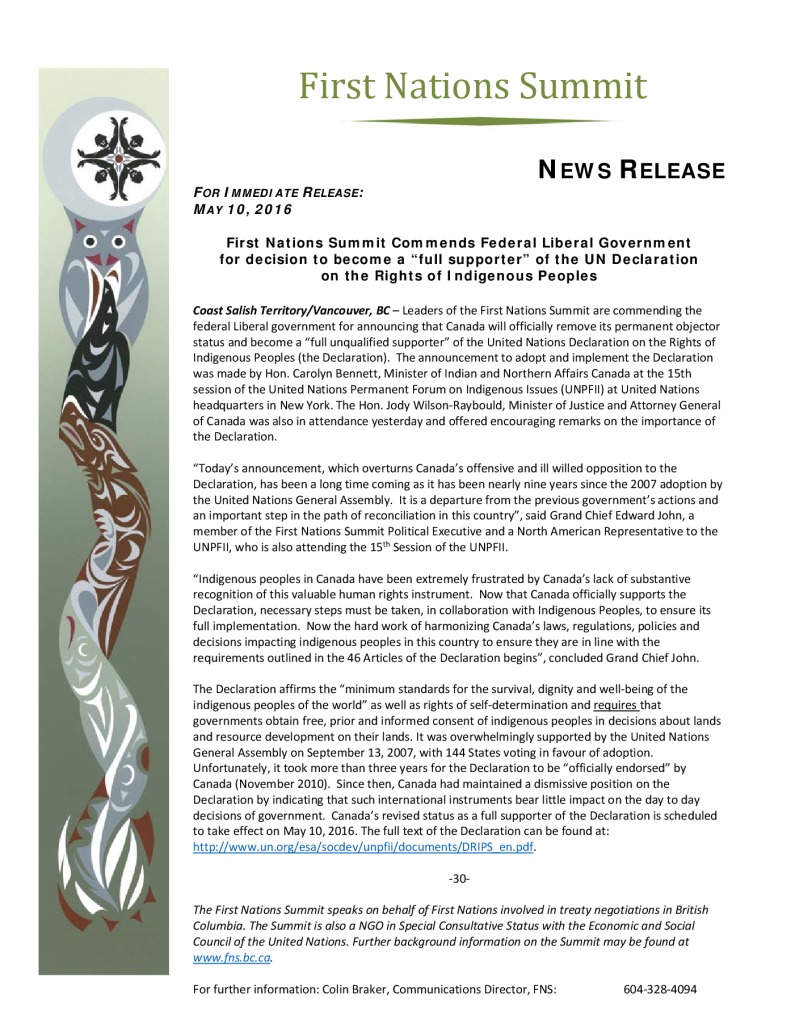 Coast Salish Territory/Vancouver, BC – Leaders of the First Nations Summit are commending the federal Liberal government for announcing that Canada will officially remove its permanent objector status and become a “full unqualified supporter” of the United Nations Declaration on the Rights of Indigenous Peoples (the Declaration). The announcement to adopt and implement the Declaration was made by Hon. Carolyn Bennett, Minister of Indian and Northern Affairs Canada at the 15th session of the United Nations Permanent Forum on Indigenous Issues (UNPFII) at United Nations headquarters in New York. The Hon. Jody Wilson‐Raybould, Minister of Justice and Attorney General of Canada was also in attendance yesterday and offered encouraging remarks on the importance of the Declaration.

“Today’s announcement, which overturns Canada’s offensive and ill willed opposition to the Declaration, has been a long time coming as it has been nearly nine years since the 2007 adoption by the United Nations General Assembly. It is a departure from the previous government’s actions and an important step in the path of reconciliation in this country”, said Grand Chief Edward John, a member of the First Nations Summit Political Executive and a North American Representative to the UNPFII, who is also attending the 15th Session of the UNPFII.