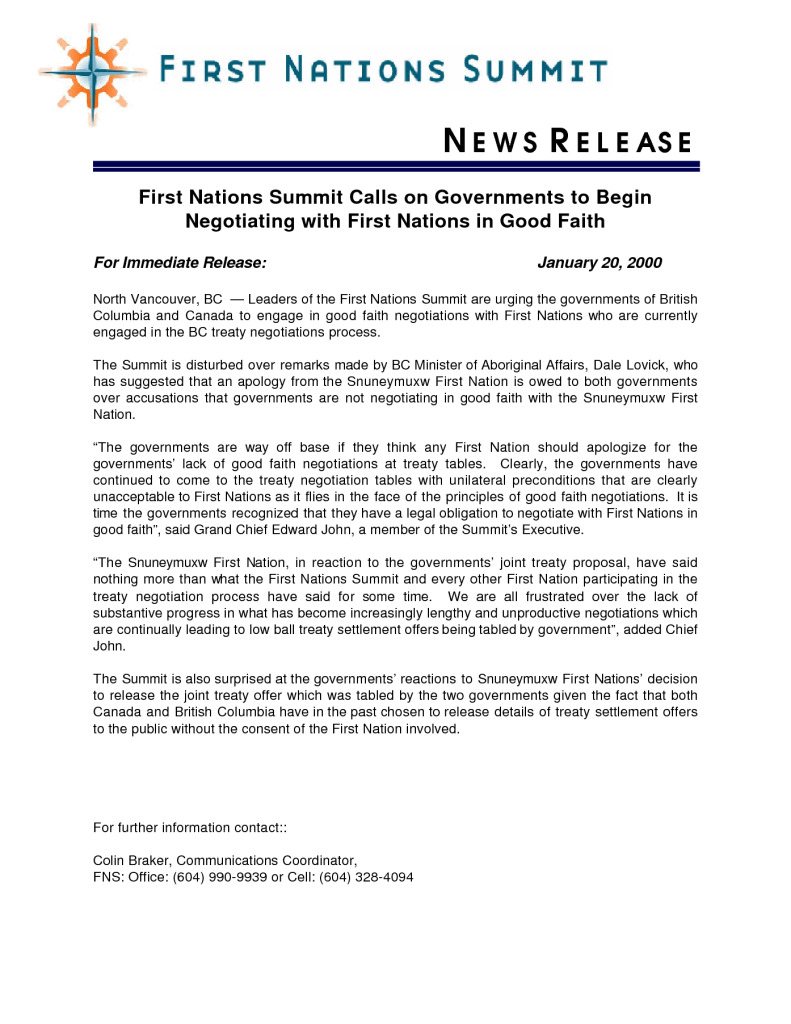 North Vancouver, BC — Leaders of the First Nations Summit are urging the governments of British Columbia and Canada to engage in good faith negotiations with First Nations who are currently engaged in the BC treaty negotiations process.