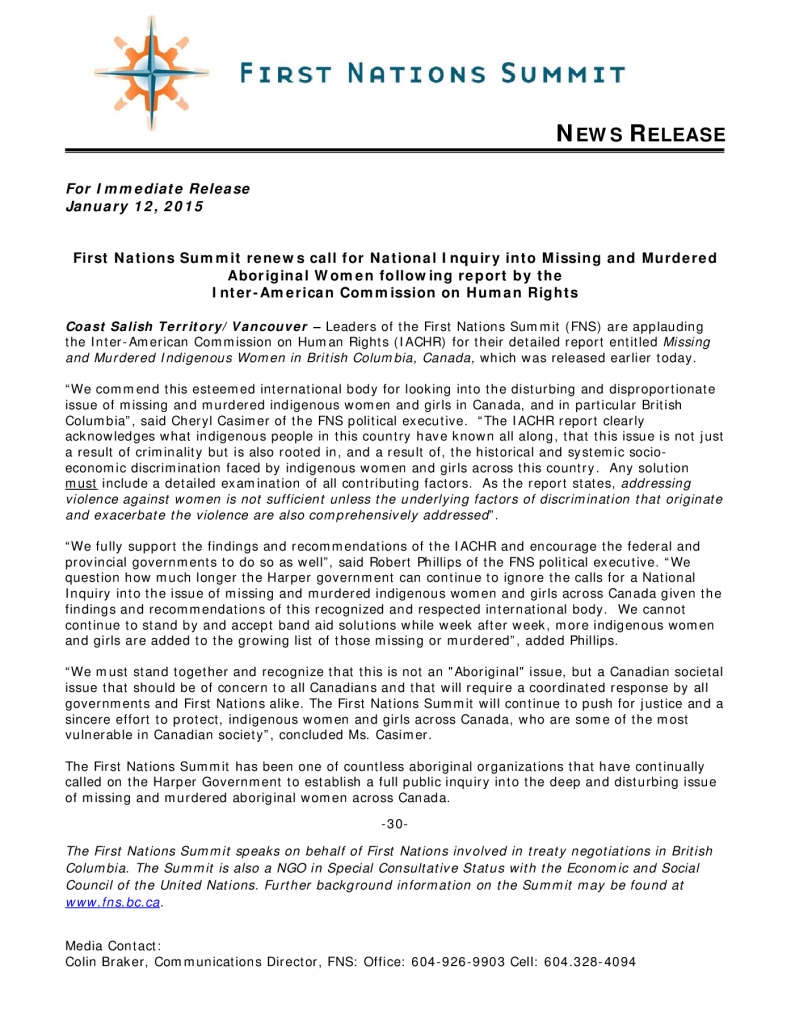 “We commend this esteemed international body for looking into the disturbing and disproportionate issue of missing and murdered indigenous women and girls in Canada, and in particular British Columbia”, said Cheryl Casimer of the FNS political executive. “The IACHR report clearly acknowledges what indigenous people in this country have known all along, that this issue is not just a result of criminality but is also rooted in, and a result of, the historical and systemic socio- economic discrimination faced by indigenous women and girls across this country. Any solution must include a detailed examination of all contributing factors. As the report states, addressing violence against women is not sufficient unless the underlying factors of discrimination that originate and exacerbate the violence are also comprehensively addressed”.