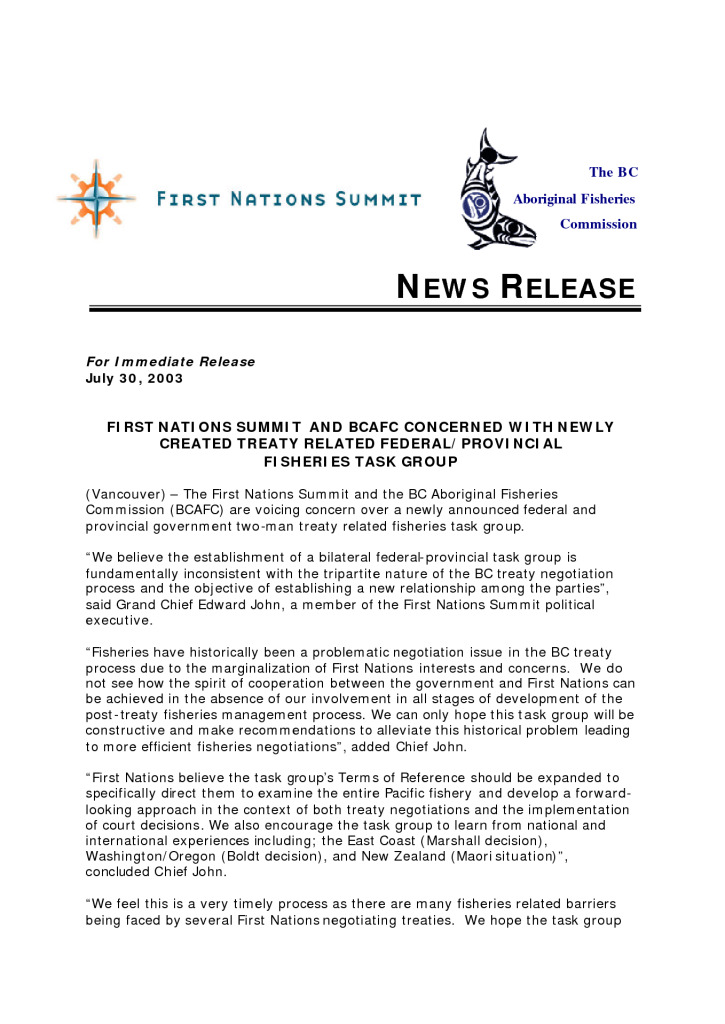 “We believe the establishment of a bilateral federal-provincial task group is fundamentally inconsistent with the tripartite nature of the BC treaty negotiation process and the objective of establishing a new relationship among the parties”, said Grand Chief Edward John, a member of the First Nations Summit political executive.

“Fisheries have historically been a problematic negotiation issue in the BC treaty process due to the marginalization of First Nations interests and concerns. We do not see how the spirit of cooperation between the government and First Nations can be achieved in the absence of our involvement in all stages of development of the post-treaty fisheries management process. We can only hope this task group will be constructive and make recommendations to alleviate this historical problem leading to more efficient fisheries negotiations”, added Chief John.