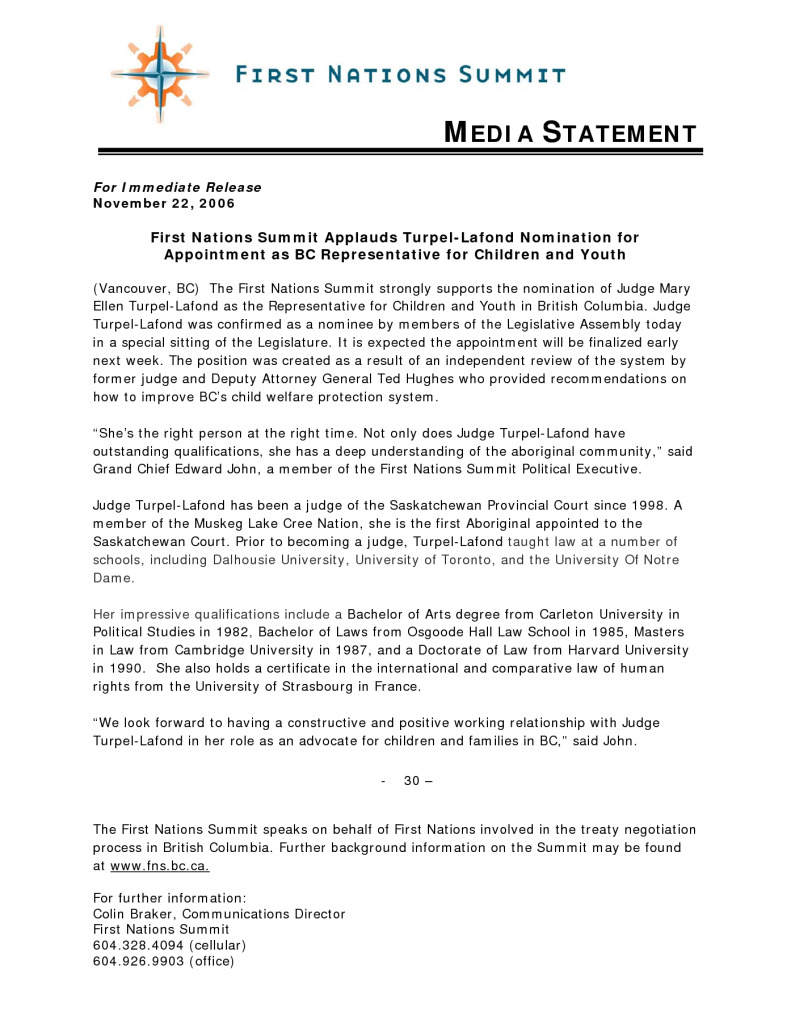 FNS Applauds Turpel-Lafond Nomination for Appointment as BC RCY

(Vancouver, BC) The First Nations Summit strongly supports the nomination of Judge Mary Ellen Turpel-Lafond as the Representative for Children and Youth in British Columbia. Judge Turpel-Lafond was confirmed as a nominee by members of the Legislative Assembly today in a special sitting of the Legislature. It is expected the appointment will be finalized early next week. The position was created as a result of an independent review of the system by former judge and Deputy Attorney General Ted Hughes who provided recommendations on how to improve BC’s child welfare protection system.

“She’s the right person at the right time. Not only does Judge Turpel-Lafond have outstanding qualifications, she has a deep understanding of the aboriginal community,” said Grand Chief Edward John, a member of the First Nations Summit Political Executive.