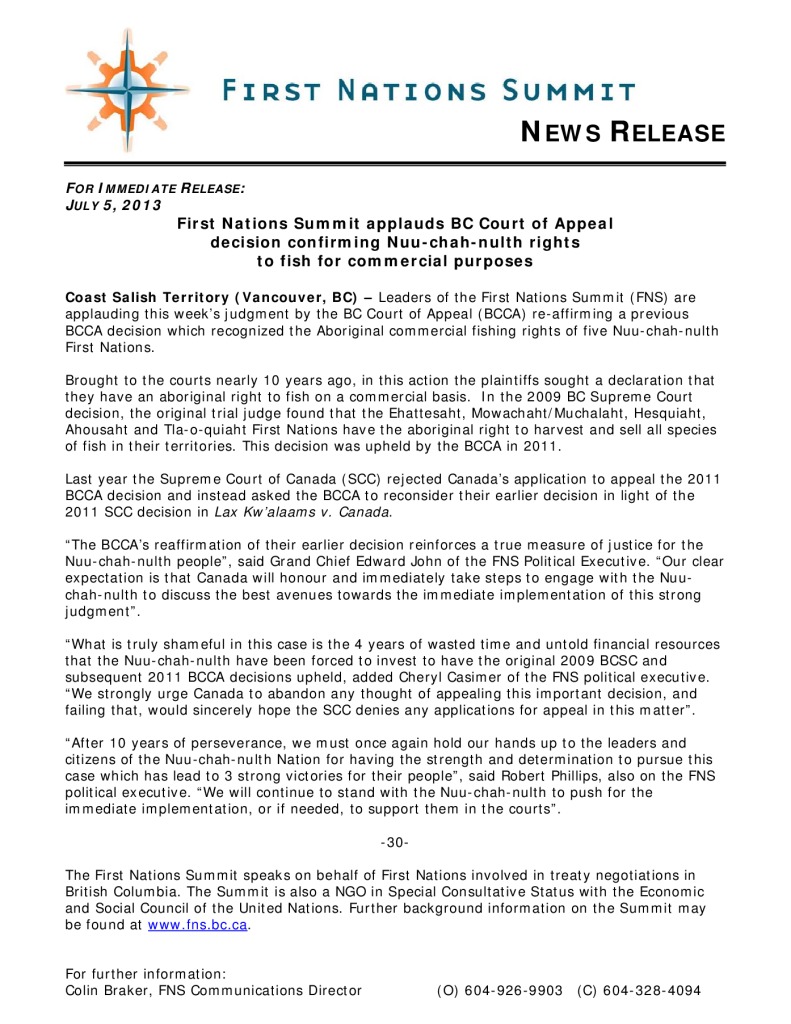 Coast Salish Territory (Vancouver, BC) – Leaders of the First Nations Summit (FNS) are applauding this week’s judgment by the BC Court of Appeal (BCCA) re-affirming a previous BCCA decision which recognized the Aboriginal commercial fishing rights of five Nuu-chah-nulth First Nations.

Brought to the courts nearly 10 years ago, in this action the plaintiffs sought a declaration that they have an aboriginal right to fish on a commercial basis. In the 2009 BC Supreme Court decision, the original trial judge found that the Ehattesaht, Mowachaht/Muchalaht, Hesquiaht, Ahousaht and Tla-o-quiaht First Nations have the aboriginal right to harvest and sell all species of fish in their territories. This decision was upheld by the BCCA in 2011.

Last year the Supreme Court of Canada (SCC) rejected Canada’s application to appeal the 2011 BCCA decision and instead asked the BCCA to reconsider their earlier decision in light of the 2011 SCC decision in Lax Kw’alaams v. Canada.