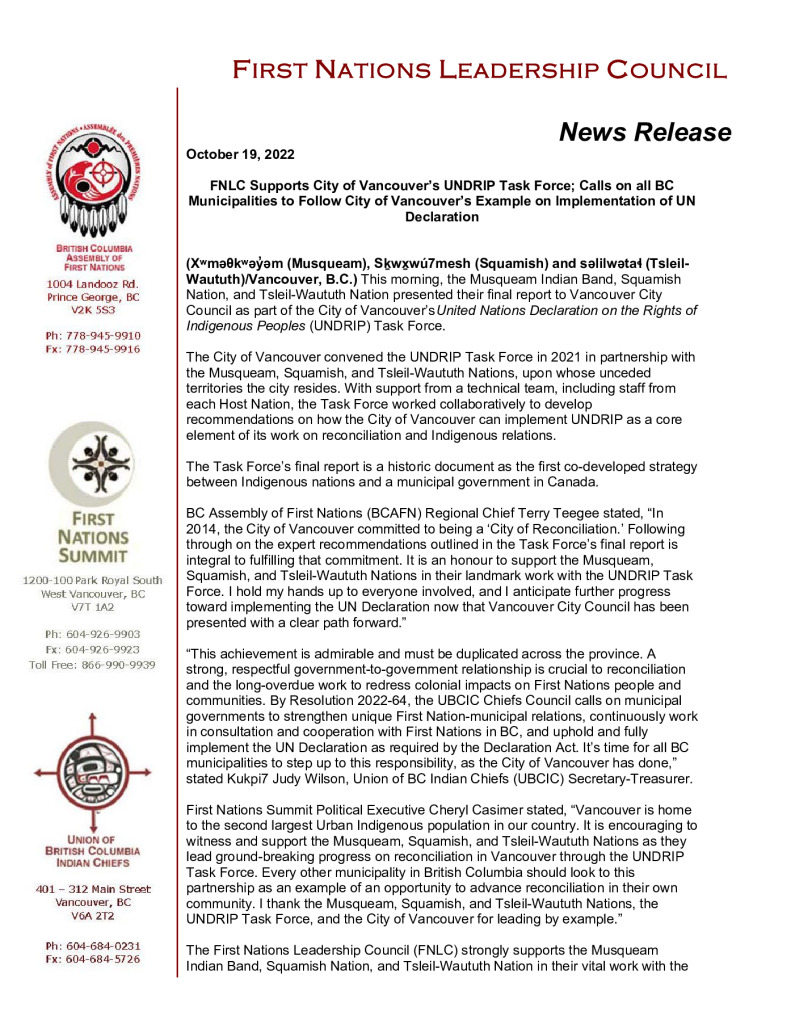 The City of Vancouver convened the UNDRIP Task Force in 2021 in partnership with the Musqueam, Squamish, and Tsleil-Waututh Nations, upon whose unceded territories the city resides. With support from a technical team, including staff from each Host Nation, the Task Force worked collaboratively to develop recommendations on how the City of Vancouver can implement UNDRIP as a core element of its work on reconciliation and Indigenous relations.

The Task Force’s final report is a historic document as the first co-developed strategy between Indigenous nations and a municipal government in Canada.