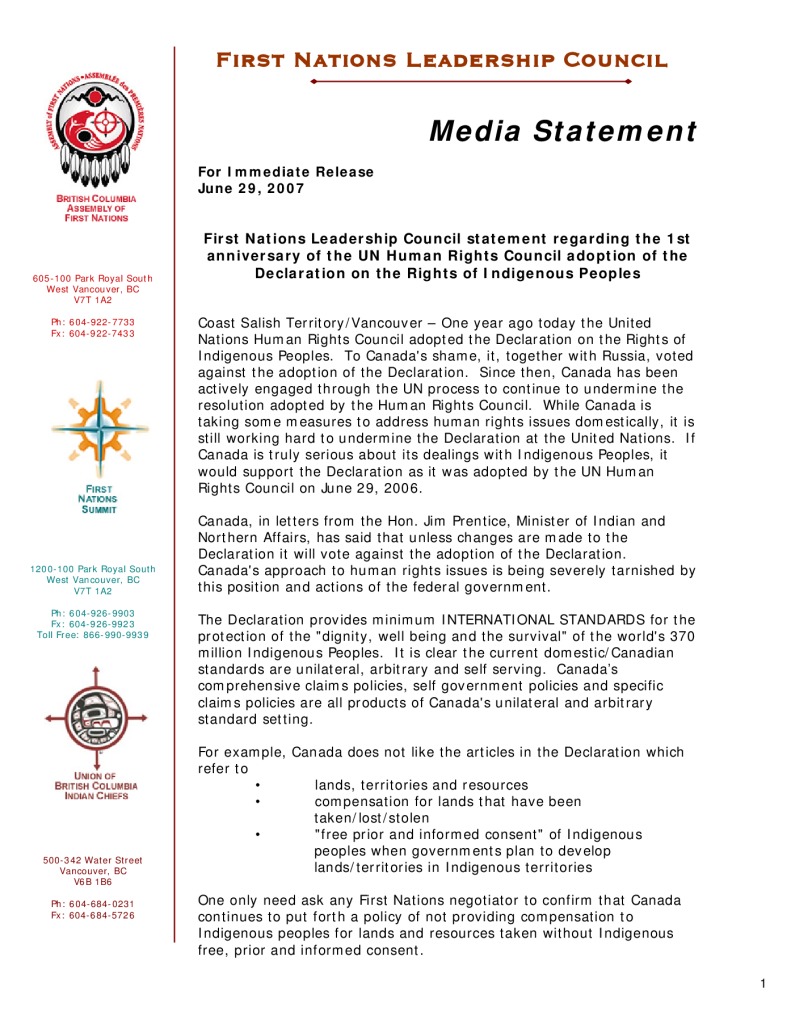 FNLC statement regarding the 1st anniversary of UNDRIP

Canada, in letters from the Hon. Jim Prentice, Minister of Indian and Northern Affairs, has said that unless changes are made to the Declaration it will vote against the adoption of the Declaration.
Canada’s approach to human rights issues is being severely tarnished by this position and actions of the federal government.

The Declaration provides minimum INTERNATIONAL STANDARDS for the protection of the “dignity, well being and the survival” of the world’s 370 million Indigenous Peoples. It is clear the current domestic/Canadian standards are unilateral, arbitrary and self serving. Canada’s comprehensive claims policies, self government policies and specific claims policies are all products of Canada’s unilateral and arbitrary standard setting.