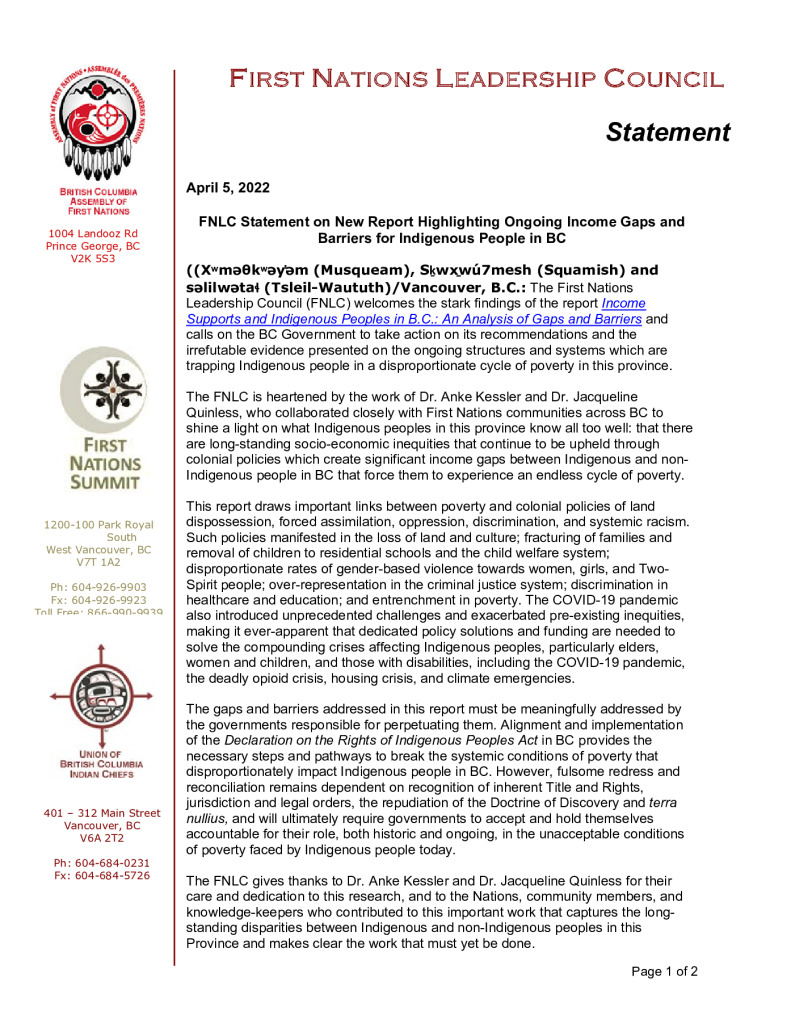 ((Xʷməθkʷəy̓əm (Musqueam), Sḵwx̱wú7mesh (Squamish) and səlilwətaɬ (Tsleil-Waututh)/Vancouver, B.C.: The First Nations Leadership Council (FNLC) welcomes the stark findings of the report Income Supports and Indigenous Peoples in B.C.: An Analysis of Gaps and Barriers and calls on the BC Government to take action on its recommendations and the irrefutable evidence presented on the ongoing structures and systems which are trapping Indigenous people in a disproportionate cycle of poverty in this province.

The FNLC is heartened by the work of Dr. Anke Kessler and Dr. Jacqueline Quinless, who collaborated closely with First Nations communities across BC to shine a light on what Indigenous peoples in this province know all too well: that there are long-standing socio-economic inequities that continue to be upheld through colonial policies which create significant income gaps between Indigenous and non-Indigenous people in BC that force them to experience an endless cycle of poverty.