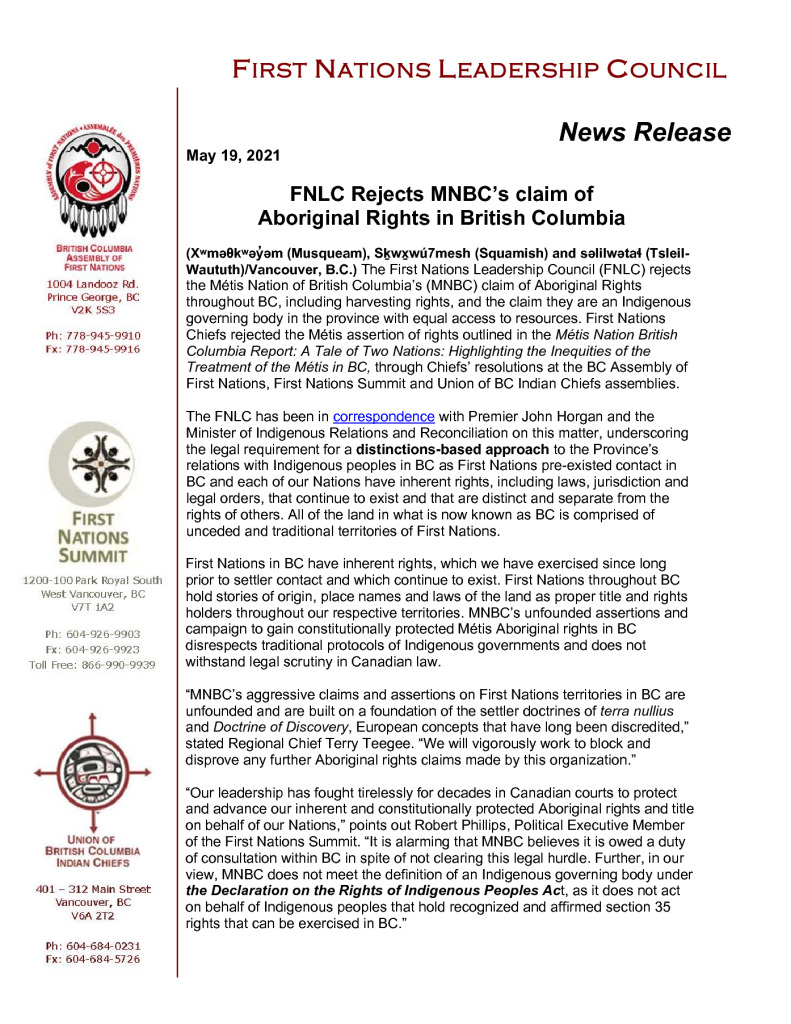 (Xʷməθkʷəy̓əm (Musqueam), Sḵwx̱wú7mesh (Squamish) and səlilwətaɬ (Tsleil-Waututh)/Vancouver, B.C.) The First Nations Leadership Council (FNLC) rejects the Métis Nation of British Columbia’s (MNBC) claim of Aboriginal Rights throughout BC, including harvesting rights, and the claim they are an Indigenous governing body in the province with equal access to resources. First Nations Chiefs rejected the Métis assertion of rights outlined in the Métis Nation British Columbia Report: A Tale of Two Nations: Highlighting the Inequities of the Treatment of the Métis in BC, through Chiefs’ resolutions at the BC Assembly of First Nations, First Nations Summit and Union of BC Indian Chiefs assemblies.

The FNLC has been in correspondence with Premier John Horgan and the Minister of Indigenous Relations and Reconciliation on this matter, underscoring the legal requirement for a distinctions-based approach to the Province’s relations with Indigenous peoples in BC as First Nations pre-existed contact in BC and each of our Nations have inherent rights, including laws, jurisdiction and legal orders, that continue to exist and that are distinct and separate from the rights of others. All of the land in what is now known as BC is comprised of unceded and traditional territories of First Nations.