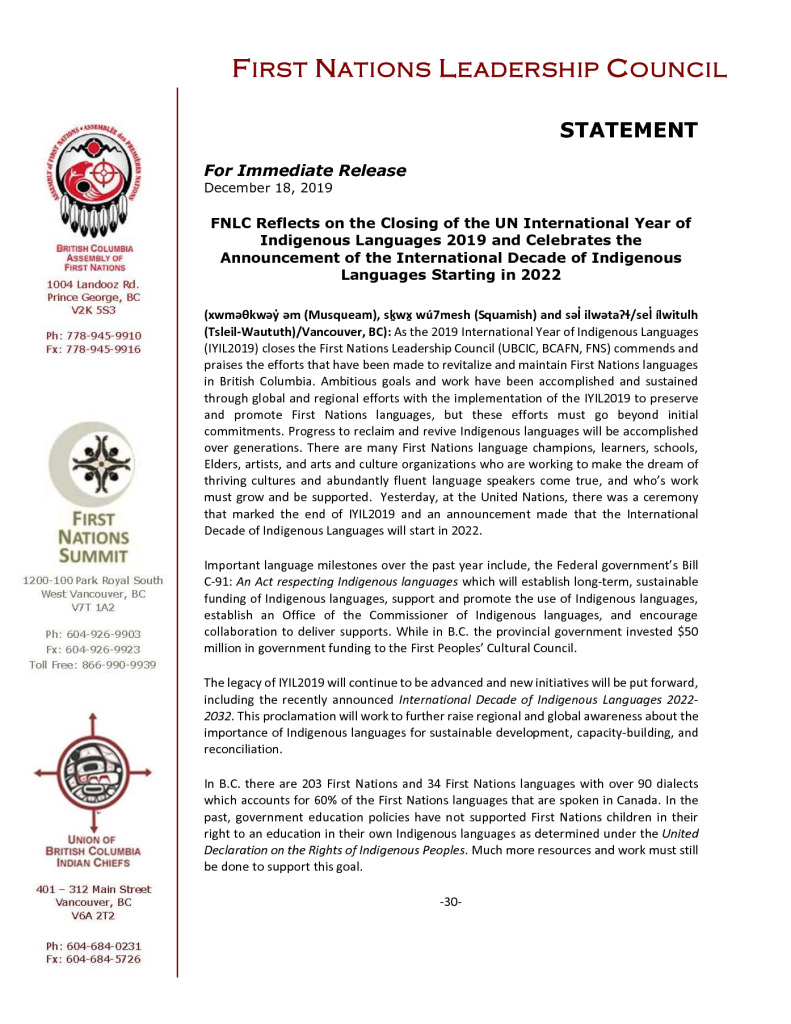 (xwməθkwəy̓ əm (Musqueam), sḵwx̱ wú7mesh (Squamish) and səl̓ ilwətaʔɬ/sel̓ ílwitulh (Tsleil-Waututh)/Vancouver, BC): As the 2019 International Year of Indigenous Languages (IYIL2019) closes the First Nations Leadership Council (UBCIC, BCAFN, FNS) commends and praises the efforts that have been made to revitalize and maintain First Nations languages in British Columbia. Ambitious goals and work have been accomplished and sustained through global and regional efforts with the implementation of the IYIL2019 to preserve and promote First Nations languages, but these efforts must go beyond initial commitments. Progress to reclaim and revive Indigenous languages will be accomplished over generations. There are many First Nations language champions, learners, schools, Elders, artists, and arts and culture organizations who are working to make the dream of thriving cultures and abundantly fluent language speakers come true, and who’s work must grow and be supported. Yesterday, at the United Nations, there was a ceremony that marked the end of IYIL2019 and an announcement made that the International Decade of Indigenous Languages will start in 2022.