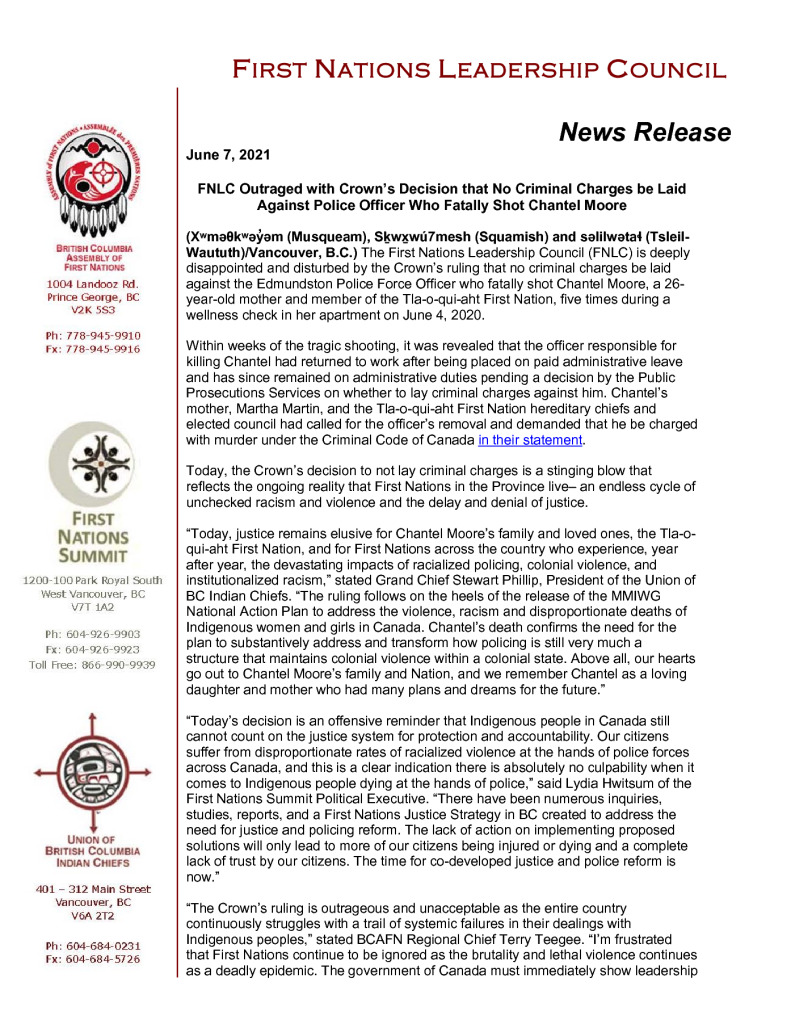 (Xʷməθkʷəy̓əm (Musqueam), Sḵwx̱wú7mesh (Squamish) and səlilwətaɬ (Tsleil-Waututh)/Vancouver, B.C.) The First Nations Leadership Council (FNLC) is deeply disappointed and disturbed by the Crown’s ruling that no criminal charges be laid against the Edmundston Police Force Officer who fatally shot Chantel Moore, a 26-year-old mother and member of the Tla-o-qui-aht First Nation, five times during a wellness check in her apartment on June 4, 2020.

Within weeks of the tragic shooting, it was revealed that the officer responsible for killing Chantel had returned to work after being placed on paid administrative leave and has since remained on administrative duties pending a decision by the Public Prosecutions Services on whether to lay criminal charges against him. Chantel’s mother, Martha Martin, and the Tla-o-qui-aht First Nation hereditary chiefs and elected council had called for the officer’s removal and demanded that he be charged with murder under the Criminal Code of Canada in their statement.