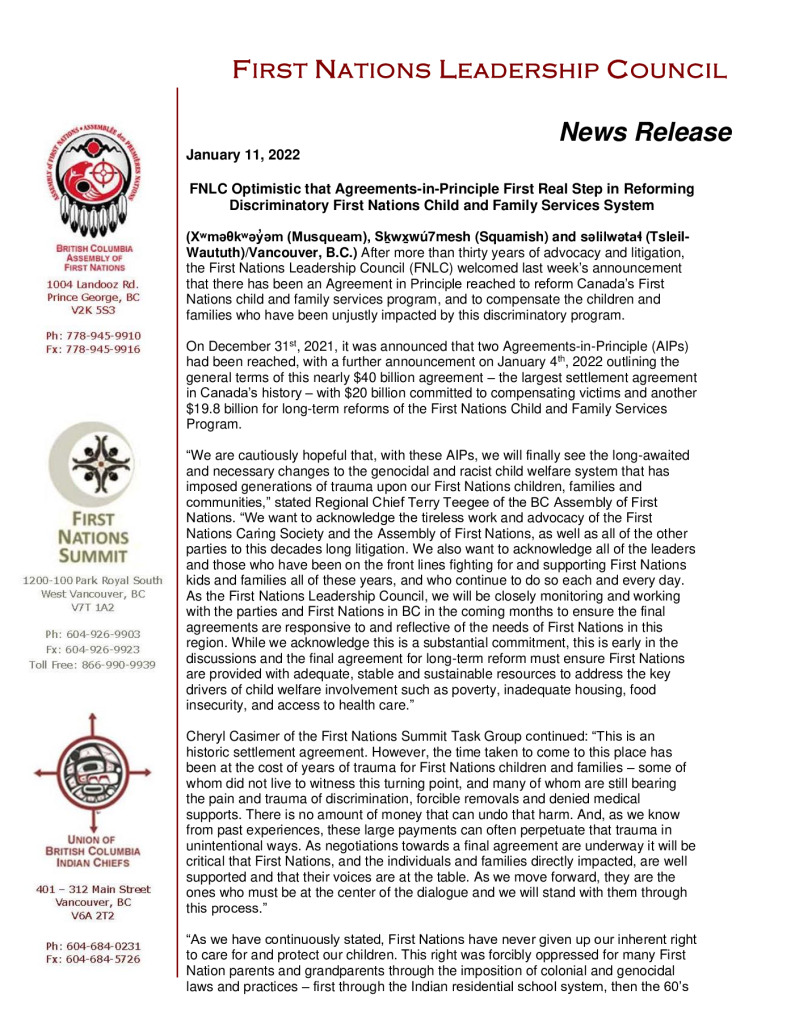 (Xʷməθkʷəy̓əm (Musqueam), Sḵwx̱wú7mesh (Squamish) and səlilwətaɬ (Tsleil-Waututh)/Vancouver, B.C.) After more than thirty years of advocacy and litigation, the First Nations Leadership Council (FNLC) welcomed last week’s announcement that there has been an Agreement in Principle reached to reform Canada’s First Nations child and family services program, and to compensate the children and families who have been unjustly impacted by this discriminatory program.

On December 31st, 2021, it was announced that two Agreements-in-Principle (AIPs) had been reached, with a further announcement on January 4th, 2022 outlining the general terms of this nearly $40 billion agreement – the largest settlement agreement in Canada’s history – with $20 billion committed to compensating victims and another $19.8 billion for long-term reforms of the First Nations Child and Family Services Program.