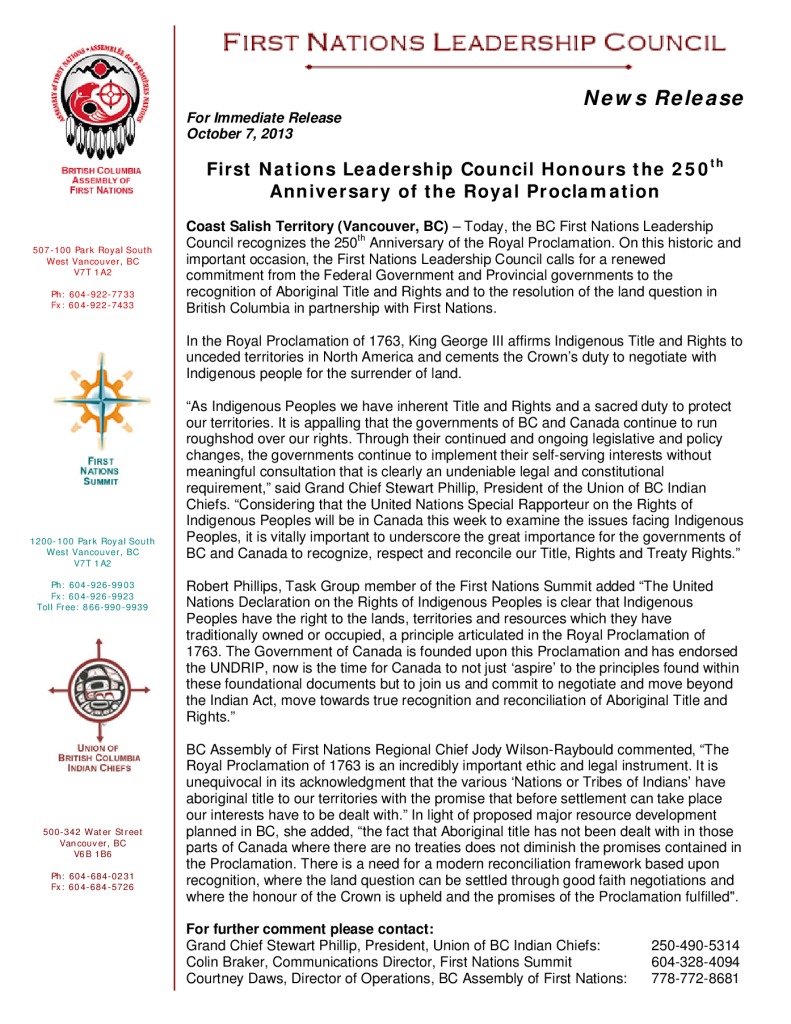 FNLC Honours the 250th Anniversary of the Royal Proclamation

Coast Salish Territory (Vancouver, BC) – Today, the BC First Nations Leadership Council recognizes the 250th Anniversary of the Royal Proclamation. On this historic and important occasion, the First Nations Leadership Council calls for a renewed commitment from the Federal Government and Provincial governments to the recognition of Aboriginal Title and Rights and to the resolution of the land question in British Columbia in partnership with First Nations.

In the Royal Proclamation of 1763, King George III affirms Indigenous Title and Rights to unceded territories in North America and cements the Crown’s duty to negotiate with Indigenous people for the surrender of land.