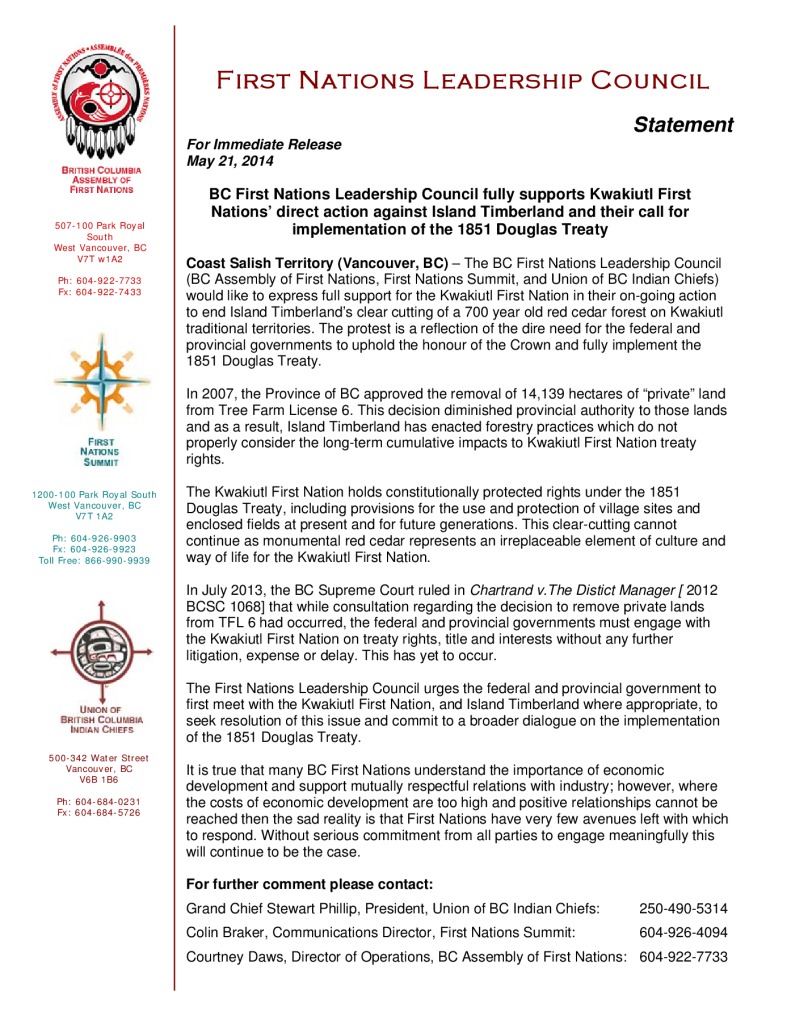 Coast Salish Territory (Vancouver, BC) – The BC First Nations Leadership Council (BC Assembly of First Nations, First Nations Summit, and Union of BC Indian Chiefs) would like to express full support for the Kwakiutl First Nation in their on-going action to end Island Timberland’s clear cutting of a 700 year old red cedar forest on Kwakiutl traditional territories. The protest is a reflection of the dire need for the federal and provincial governments to uphold the honour of the Crown and fully implement the 1851 Douglas Treaty.

In 2007, the Province of BC approved the removal of 14,139 hectares of “private” land from Tree Farm License 6. This decision diminished provincial authority to those lands and as a result, Island Timberland has enacted forestry practices which do not properly consider the long-term cumulative impacts to Kwakiutl First Nation treaty rights.

The Kwakiutl First Nation holds constitutionally protected rights under the 1851 Douglas Treaty, including provisions for the use and protection of village sites and enclosed fields at present and for future generations. This clear-cutting cannot continue as monumental red cedar represents an irreplaceable element of culture and way of life for the Kwakiutl First Nation.