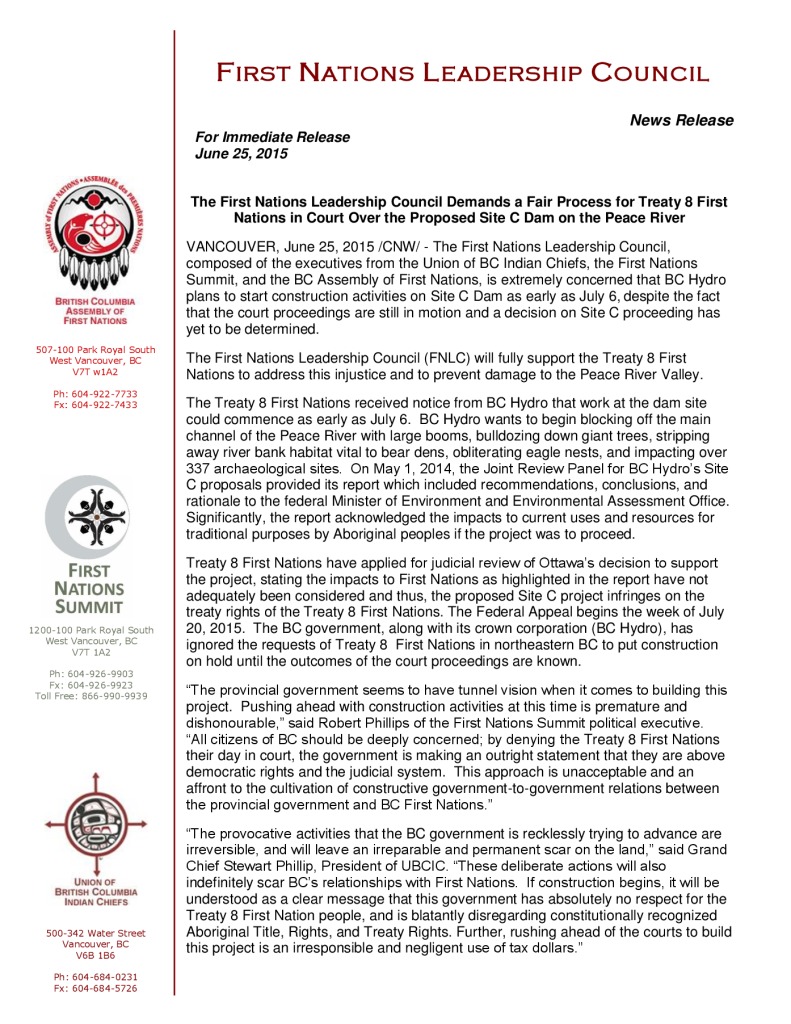 VANCOUVER, June 25, 2015 /CNW/ – The First Nations Leadership Council, composed of the executives from the Union of BC Indian Chiefs, the First Nations Summit, and the BC Assembly of First Nations, is extremely concerned that BC Hydro plans to start construction activities on Site C Dam as early as July 6, despite the fact that the court proceedings are still in motion and a decision on Site C proceeding has yet to be determined.

The First Nations Leadership Council (FNLC) will fully support the Treaty 8 First Nations to address this injustice and to prevent damage to the Peace River Valley.

The Treaty 8 First Nations received notice from BC Hydro that work at the dam site could commence as early as July 6. BC Hydro wants to begin blocking off the main channel of the Peace River with large booms, bulldozing down giant trees, stripping away river bank habitat vital to bear dens, obliterating eagle nests, and impacting over 337 archaeological sites. On May 1, 2014, the Joint Review Panel for BC Hydro’s Site C proposals provided its report which included recommendations, conclusions, and rationale to the federal Minister of Environment and Environmental Assessment Office. Significantly, the report acknowledged the impacts to current uses and resources for traditional purposes by Aboriginal peoples if the project was to proceed.