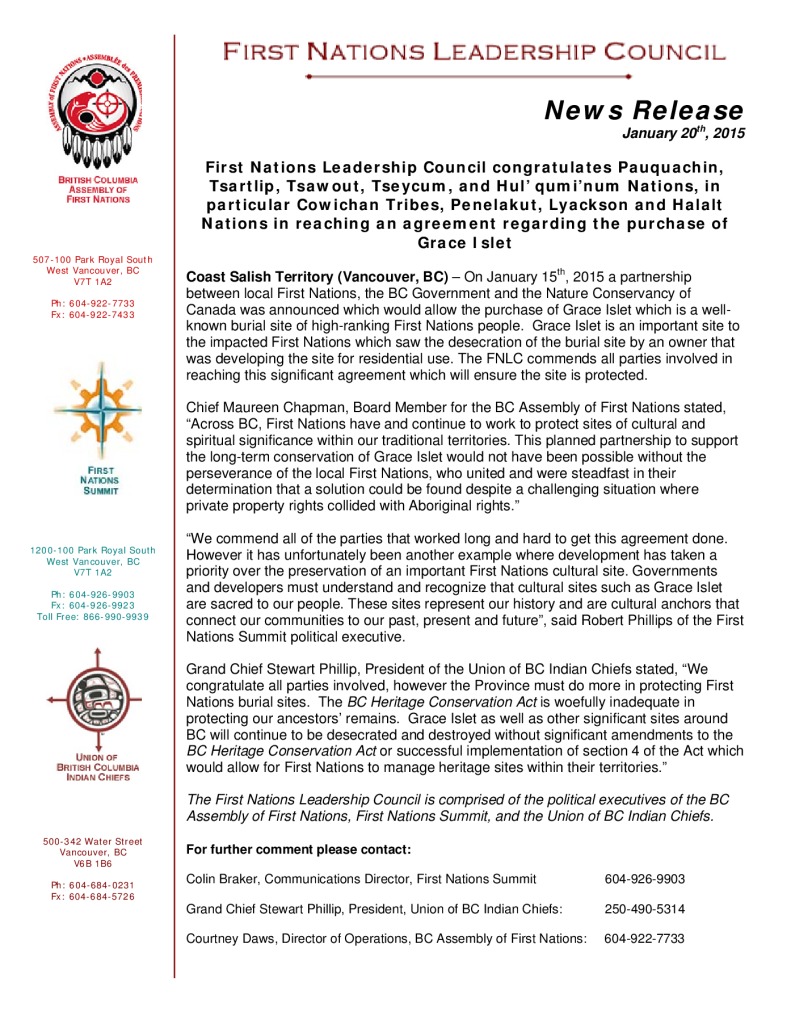 Coast Salish Territory (Vancouver, BC) – On January 15th, 2015 a partnership between local First Nations, the BC Government and the Nature Conservancy of Canada was announced which would allow the purchase of Grace Islet which is a well- known burial site of high-ranking First Nations people. Grace Islet is an important site to the impacted First Nations which saw the desecration of the burial site by an owner that was developing the site for residential use. The FNLC commends all parties involved in reaching this significant agreement which will ensure the site is protected.Chief Maureen Chapman, Board Member for the BC Assembly of First Nations stated, “Across BC, First Nations have and continue to work to protect sites of cultural and spiritual significance within our traditional territories. This planned partnership to support the long-term conservation of Grace Islet would not have been possible without the perseverance of the local First Nations, who united and were steadfast in their determination that a solution could be found despite a challenging situation where private property rights collided with Aboriginal rights.”