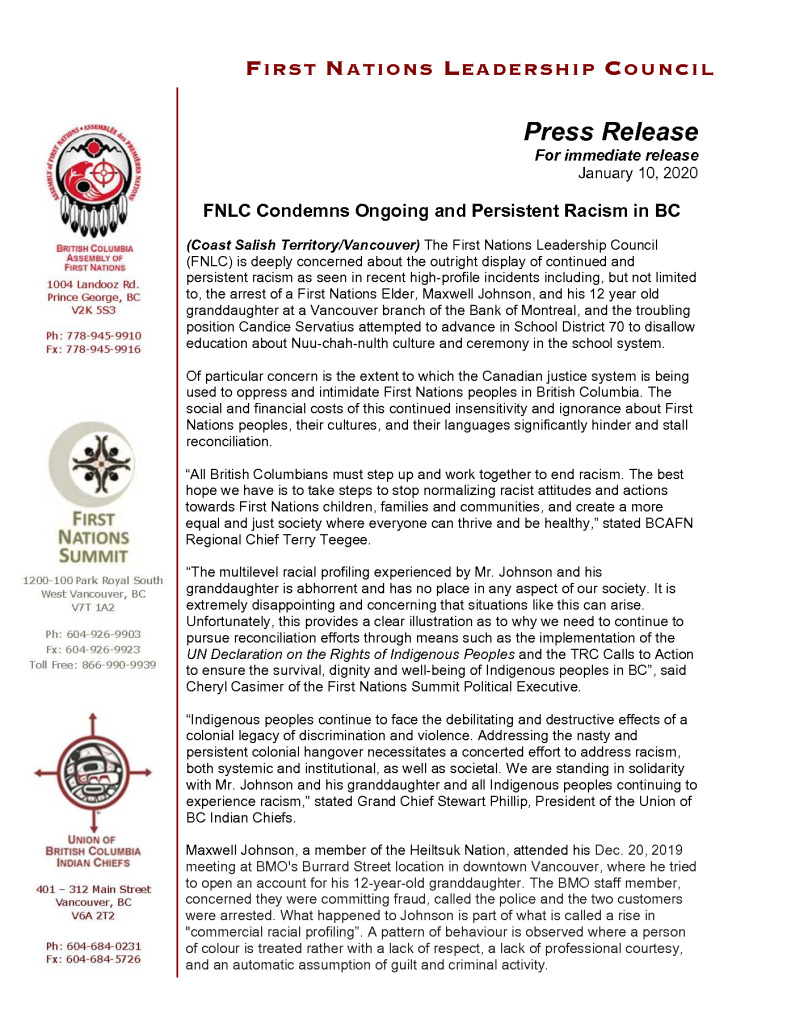 (Coast Salish Territory/Vancouver) The First Nations Leadership Council
(FNLC) is deeply concerned about the outright display of continued and
persistent racism as seen in recent high-profile incidents including, but not limited
to, the arrest of a First Nations Elder, Maxwell Johnson, and his 12 year old
granddaughter at a Vancouver branch of the Bank of Montreal, and the troubling
position Candice Servatius attempted to advance in School District 70 to disallow
education about Nuu-chah-nulth culture and ceremony in the school system.

Of particular concern is the extent to which the Canadian justice system is being
used to oppress and intimidate First Nations peoples in British Columbia. The
social and financial costs of this continued insensitivity and ignorance about First
Nations peoples, their cultures, and their languages significantly hinder and stall
reconciliation.