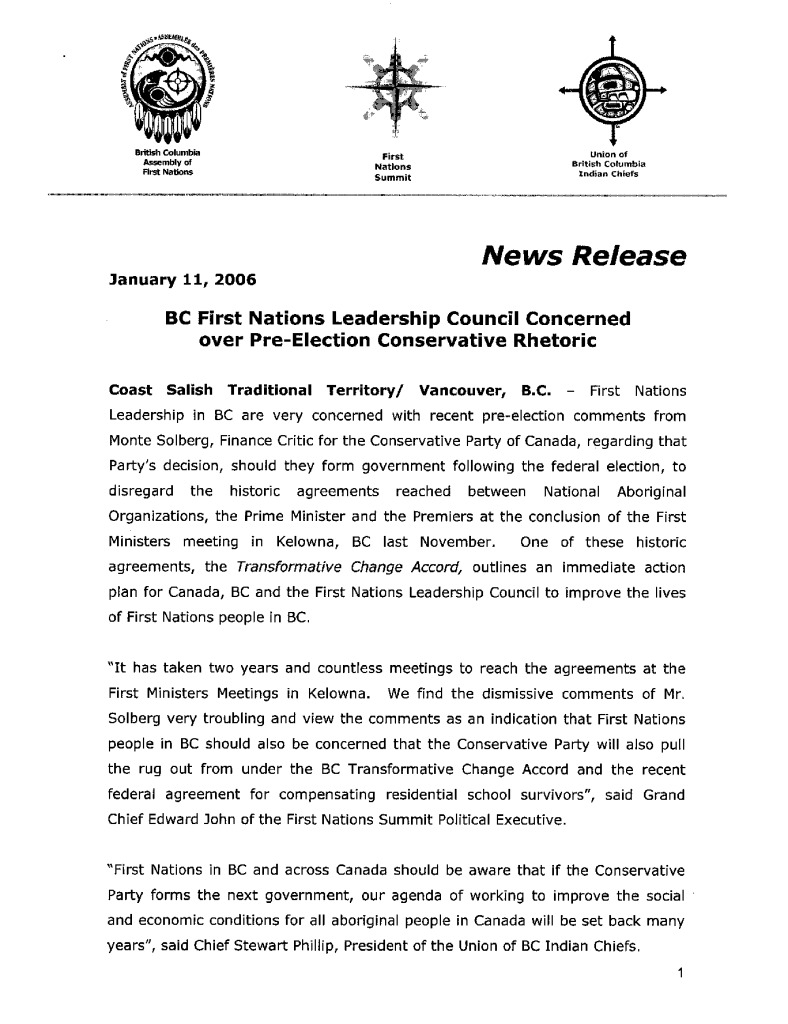 Coast Salish Traditional Territory/ Vancouver, BC – First Nations Leadership in BC are very concerned with recent pre-election comments from Monte Solberg, Finance Critic for the Conservative Party of Canada, regarding that party’s decision, should they form government following the federal election, to disregard the historic agreements reached between National Aboriginal Organizations, the Prime Minister and the Premiers at the conclusion of the First Ministers meeting in Kelowna, BC last November. One of these historic agreements, the Transformative Change Accord, outlines an immediate action plan for Canada, BC and the First Nations Leadership Council to improve the lives of First Nations people in BC.

“It has taken two years and countless meetings to reach the agreements at the First Ministers meetings in Kelowna. We find the dismissive comments of mr. Solberg very troubling and view the comments as an indication that First Nations people in BC should also be concerned that the Conservative Party will also pull the rug out from under the BC Transformative Change Accord and the recent federal agreement for compensating residential school survivors”, said Grand Chief Edward John of the First Nations Summit Political Executive.