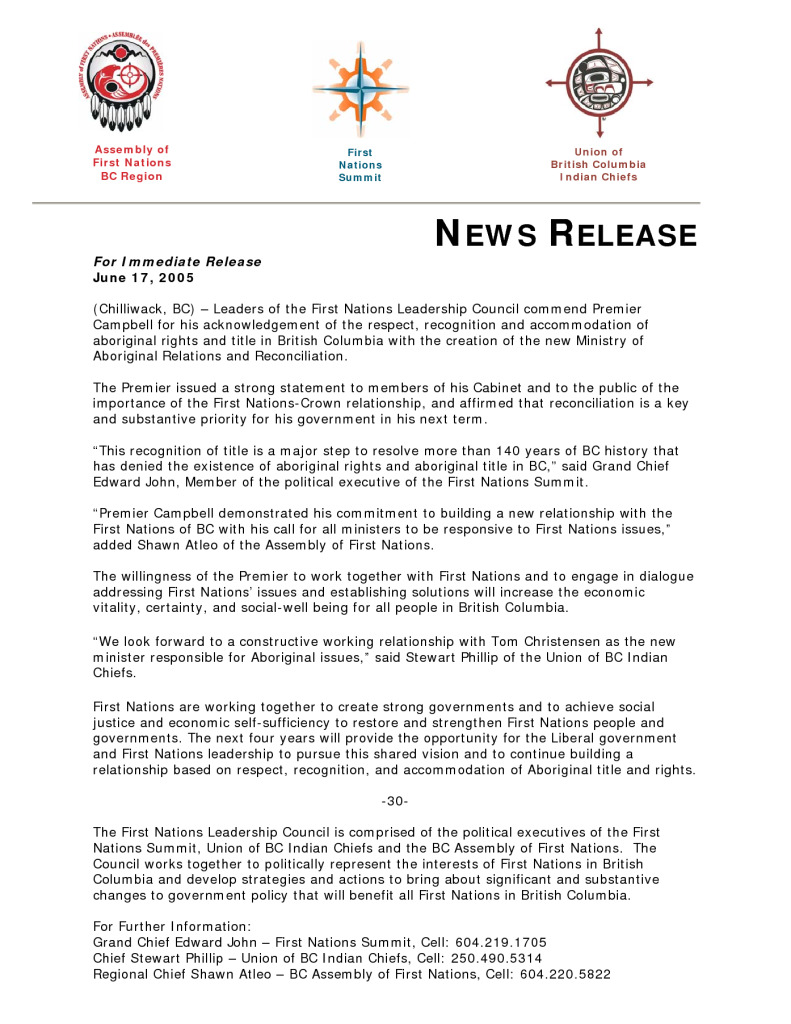 FNLC commends BC for creating Ministry of Aboriginal Relations & Reconciliation

(Chilliwack, BC) – Leaders of the First Nations Leadership Council commend Premier Campbell for his acknowledgement of the respect, recognition and accommodation of aboriginal rights and title in British Columbia with the creation of the new Ministry of Aboriginal Relations and Reconciliation.

The Premier issued a strong statement to members of his Cabinet and to the public of the importance of the First Nations-Crown relationship, and affirmed that reconciliation is a key and substantive priority for his government in his next term.

“This recognition of title is a major step to resolve more than 140 years of BC history that has denied the existence of aboriginal rights and aboriginal title in BC,” said Grand Chief Edward John, Member of the political executive of the First Nations Summit.

“Premier Campbell demonstrated his commitment to building a new relationship with the First Nations of BC with his call for all ministers to be responsive to First Nations issues,” added Shawn Atleo of the Assembly of First Nations.