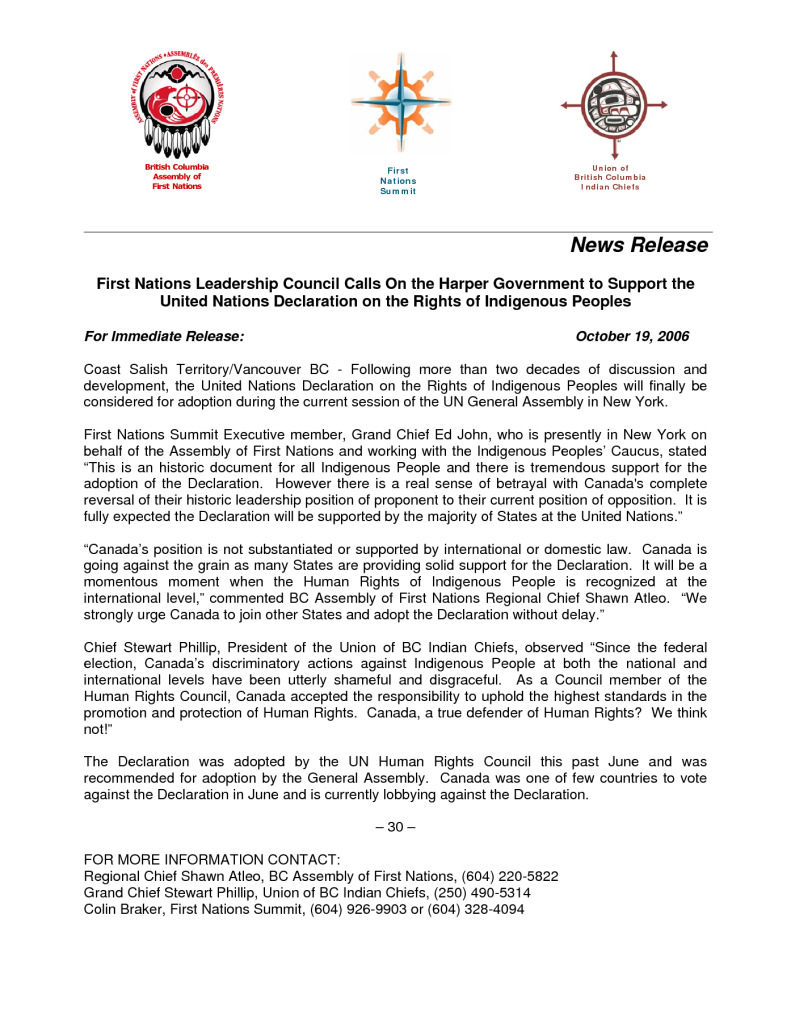 FNLC Calls On the Government to Support the UNDRIP

Coast Salish Territory/Vancouver BC – Following more than two decades of discussion and development, the United Nations Declaration on the Rights of Indigenous Peoples will finally be considered for adoption during the current session of the UN General Assembly in New York.

First Nations Summit Executive member, Grand Chief Ed John, who is presently in New York on behalf of the Assembly of First Nations and working with the Indigenous Peoples’ Caucus, stated “This is an historic document for all Indigenous People and there is tremendous support for the adoption of the Declaration. However there is a real sense of betrayal with Canada’s complete reversal of their historic leadership position of proponent to their current position of opposition. It is fully expected the Declaration will be supported by the majority of States at the United Nations.”