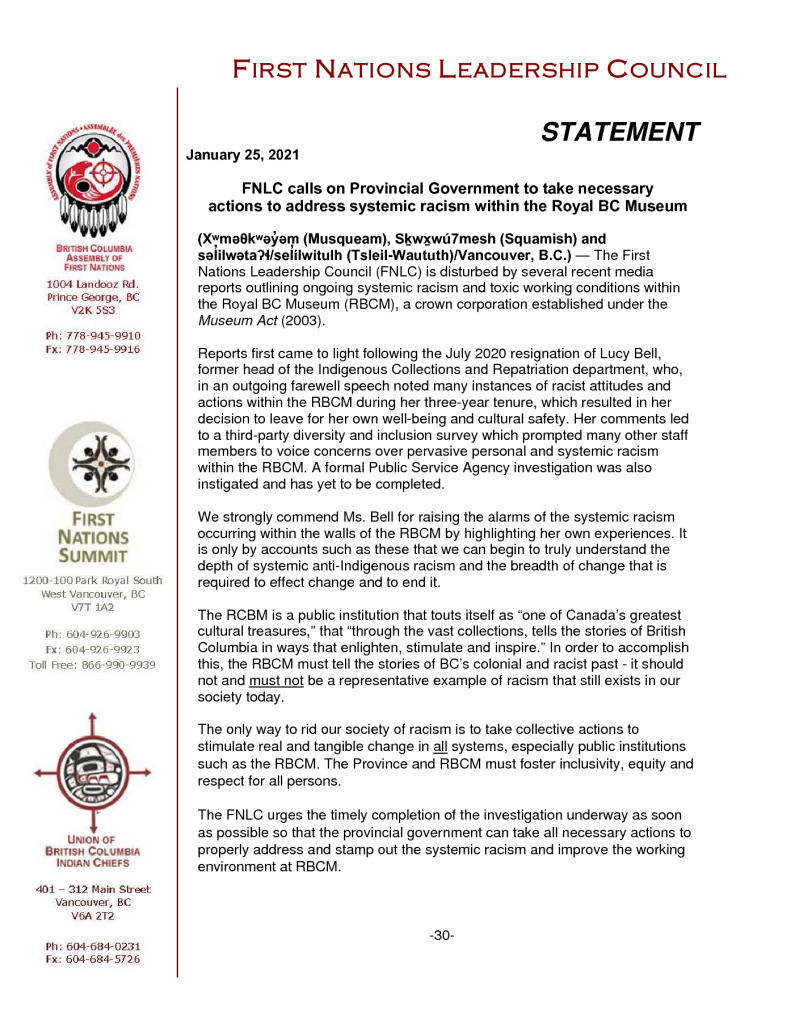 Reports first came to light following the July 2020 resignation of Lucy Bell, former head of the Indigenous Collections and Repatriation department, who, in an outgoing farewell speech noted many instances of racist attitudes and actions within the RBCM during her three-year tenure, which resulted in her decision to leave for her own well-being and cultural safety. Her comments led to a third-party diversity and inclusion survey which prompted many other staff members to voice concerns over pervasive personal and systemic racism within the RBCM. A formal Public Service Agency investigation was also instigated and has yet to be completed.