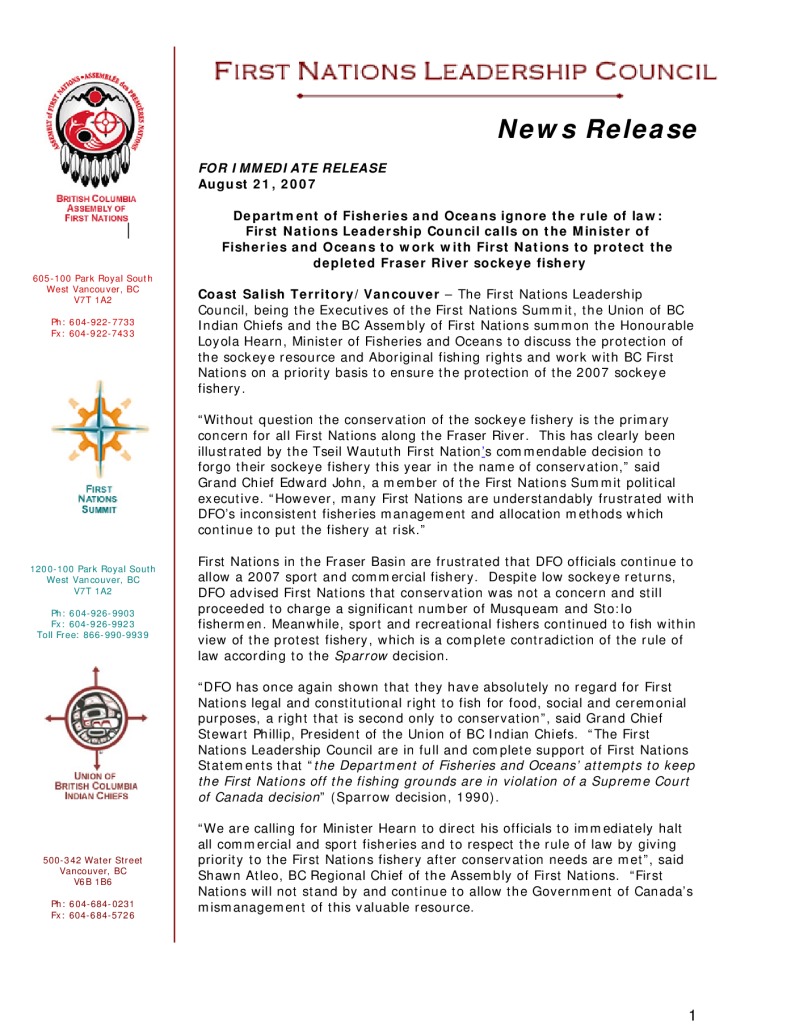 “Without question the conservation of the sockeye fishery is the primary concern for all First Nations along the Fraser River. This has clearly been illustrated by the Tseil Waututh First Nation’s commendable decision to forgo their sockeye fishery this year in the name of conservation,” said Grand Chief Edward John, a member of the First Nations Summit political executive. “However, many First Nations are understandably frustrated with DFO’s inconsistent fisheries management and allocation methods which continue to put the fishery at risk.”

First Nations in the Fraser Basin are frustrated that DFO officials continue to allow a 2007 sport and commercial fishery. Despite low sockeye returns, DFO advised First Nations that conservation was not a concern and still proceeded to charge a significant number of Musqueam and Sto:lo fishermen. Meanwhile, sport and recreational fishers continued to fish within view of the protest fishery, which is a complete contradiction of the rule of law according to the Sparrow decision.