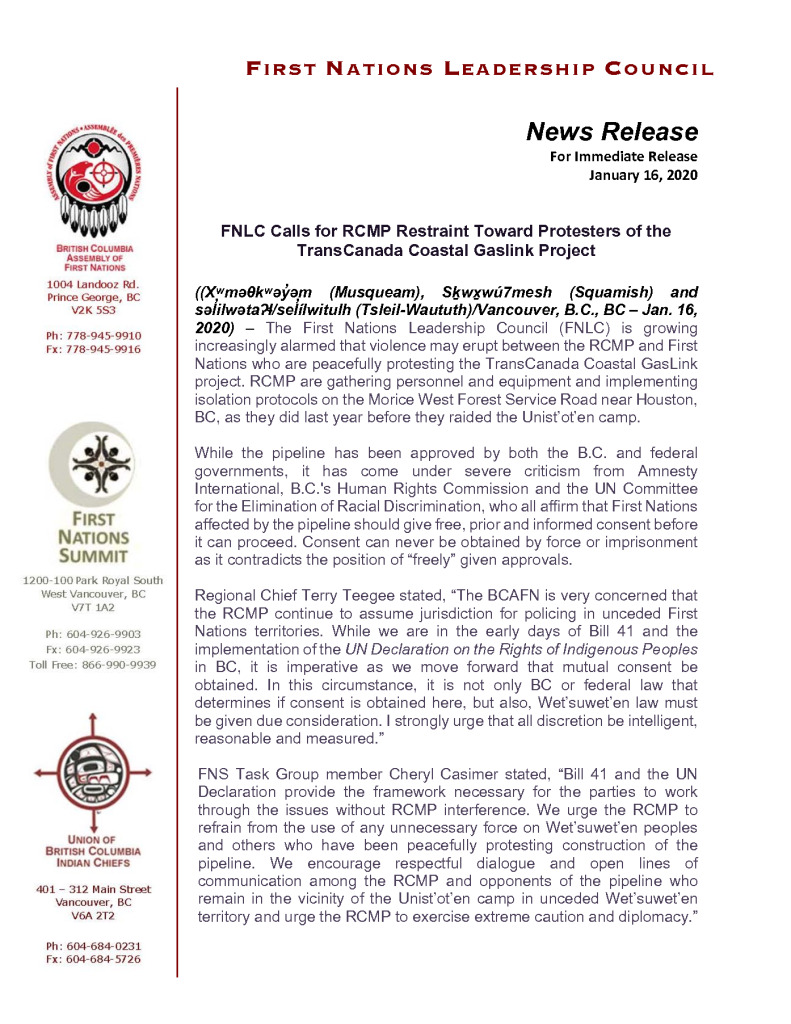 ((Xʷməθkʷəy̓əm (Musqueam), Sḵwx̱wú7mesh (Squamish) and səl̓ilwətaʔɬ/sel̓ílwitulh (Tsleil-Waututh)/Vancouver, B.C.) – The First Nations Leadership Council (FNLC) is growing increasingly alarmed that violence may erupt between the RCMP and First Nations who are peacefully protesting the TransCanada Coastal GasLink project. RCMP are gathering personnel and equipment and implementing isolation protocols on the Morice West Forest Service Road near Houston, BC, as they did last year before they raided the Unist’ot’en camp.

While the pipeline has been approved by both the B.C. and federal governments, it has come under severe criticism from Amnesty International, B.C.’s Human Rights Commission and the UN Committee for the Elimination of Racial Discrimination, who all affirm that First Nations affected by the pipeline should give free, prior and informed consent before it can proceed. Consent can never be obtained by force or imprisonment as it contradicts the position of “freely” given approvals.