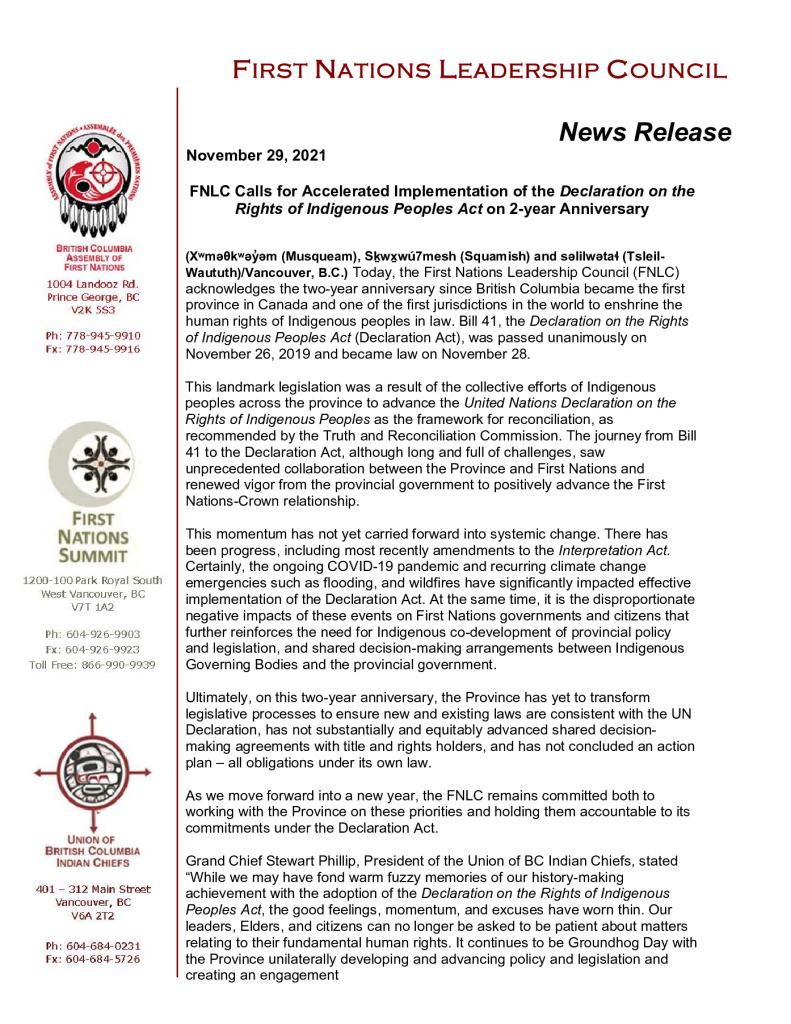 (Xʷməθkʷəy̓əm (Musqueam), Sḵwx̱wú7mesh (Squamish) and səlilwətaɬ (Tsleil-Waututh)/Vancouver, B.C.) Today, the First Nations Leadership Council (FNLC) acknowledges the two-year anniversary since British Columbia became the first province in Canada and one of the first jurisdictions in the world to enshrine the human rights of Indigenous peoples in law. Bill 41, the Declaration on the Rights of Indigenous Peoples Act (Declaration Act), was passed unanimously on November 26, 2019 and became law on November 28.

This landmark legislation was a result of the collective efforts of Indigenous peoples across the province to advance the United Nations Declaration on the Rights of Indigenous Peoples as the framework for reconciliation, as recommended by the Truth and Reconciliation Commission. The journey from Bill 41 to the Declaration Act, although long and full of challenges, saw unprecedented collaboration between the Province and First Nations and renewed vigor from the provincial government to positively advance the First Nations-Crown relationship.