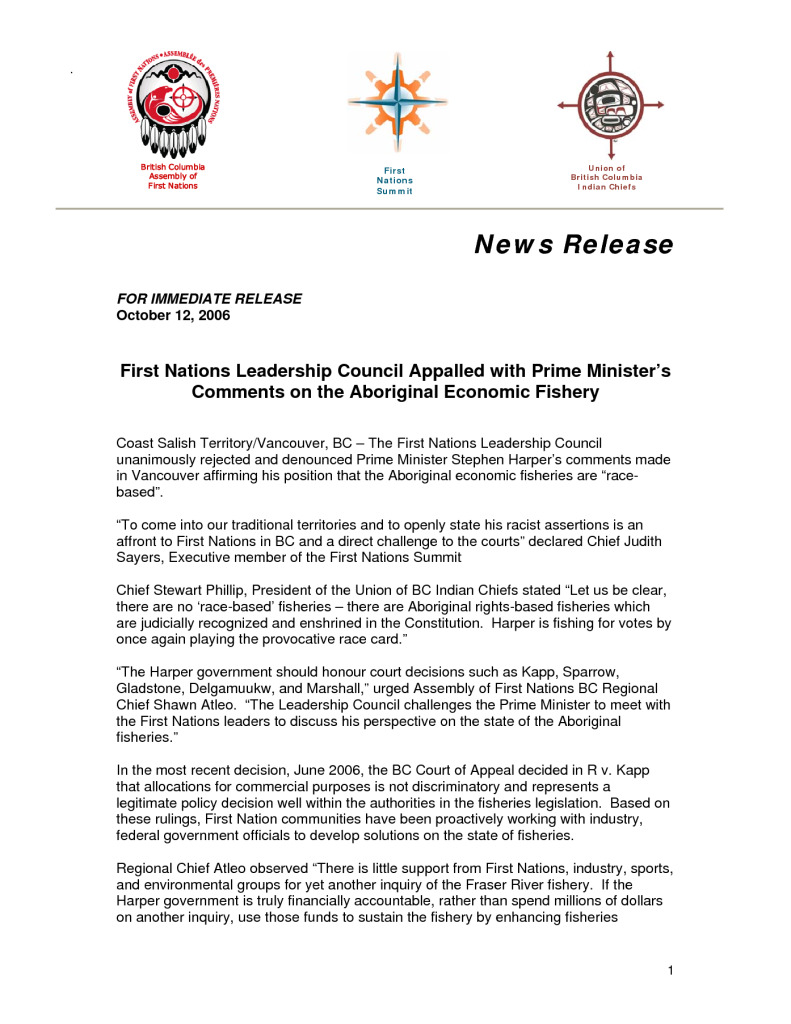 Coast Salish Territory/Vancouver, BC – The First Nations Leadership Council unanimously rejected and denounced Prime Minister Stephen Harper’s comments made in Vancouver affirming his position that the Aboriginal economic fisheries are “race- based”.

“To come into our traditional territories and to openly state his racist assertions is an affront to First Nations in BC and a direct challenge to the courts” declared Chief Judith Sayers, Executive member of the First Nations Summit

Chief Stewart Phillip, President of the Union of BC Indian Chiefs stated “Let us be clear, there are no ‘race-based’ fisheries – there are Aboriginal rights-based fisheries which are judicially recognized and enshrined in the Constitution. Harper is fishing for votes by once again playing the provocative race card.”