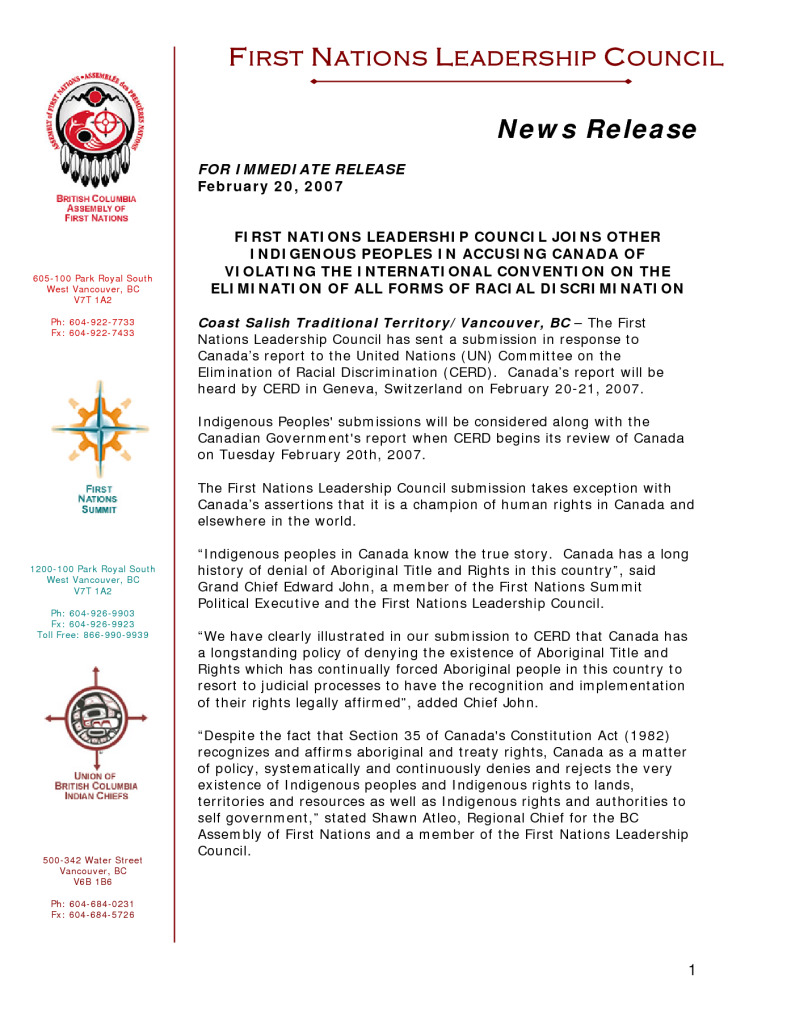 Coast Salish Traditional Territory/Vancouver, BC – The First Nations Leadership Council has sent a submission in response to Canada’s report to the United Nations (UN) Committee on the Elimination of Racial Discrimination (CERD). Canada’s report will be heard by CERD in Geneva, Switzerland on February 20-21, 2007.

Indigenous Peoples’ submissions will be considered along with the Canadian Government’s report when CERD begins its review of Canada on Tuesday February 20th, 2007.

The First Nations Leadership Council submission takes exception with Canada’s assertions that it is a champion of human rights in Canada and elsewhere in the world.