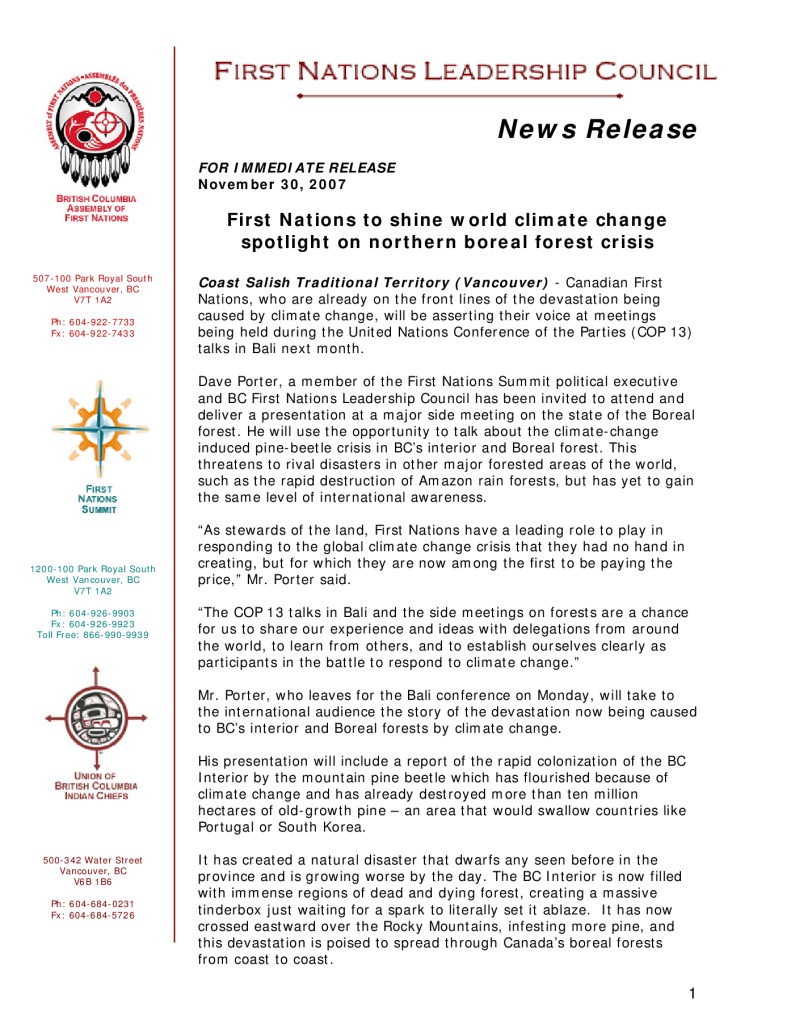 Coast Salish Traditional Territory (Vancouver) – Canadian First Nations, who are already on the front lines of the devastation being caused by climate change, will be asserting their voice at meetings being held during the United Nations Conference of the Parties (COP 13) talks in Bali next month.

Dave Porter, a member of the First Nations Summit political executive and BC First Nations Leadership Council has been invited to attend and deliver a presentation at a major side meeting on the state of the Boreal forest. He will use the opportunity to talk about the climate-change induced pine-beetle crisis in BC’s interior and Boreal forest. This threatens to rival disasters in other major forested areas of the world, such as the rapid destruction of Amazon rain forests, but has yet to gain the same level of international awareness.

“As stewards of the land, First Nations have a leading role to play in responding to the global climate change crisis that they had no hand in creating, but for which they are now among the first to be paying the price,” Mr. Porter said.