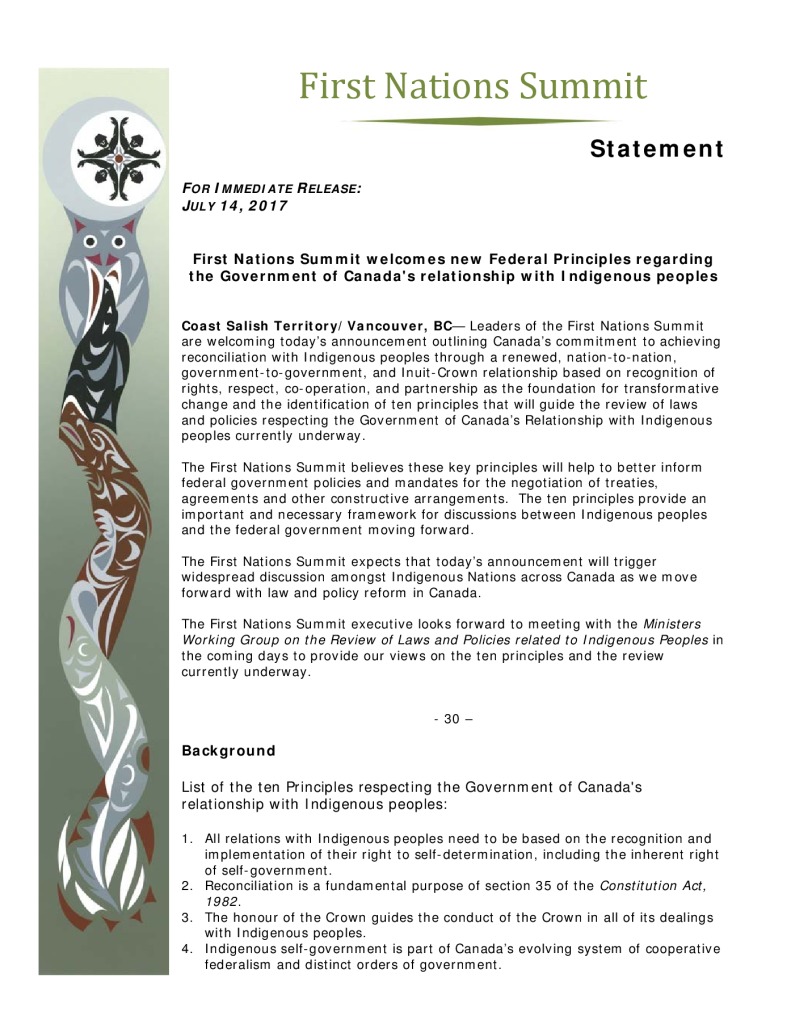 Coast Salish Territory/Vancouver, BC— Leaders of the First Nations Summit are welcoming today’s announcement outlining Canada’s commitment to achieving reconciliation with Indigenous peoples through a renewed, nation-to-nation, government-to-government, and Inuit-Crown relationship based on recognition of rights, respect, co-operation, and partnership as the foundation for transformative change and the identification of ten principles that will guide the review of laws and policies respecting the Government of Canada’s Relationship with Indigenous peoples currently underway.