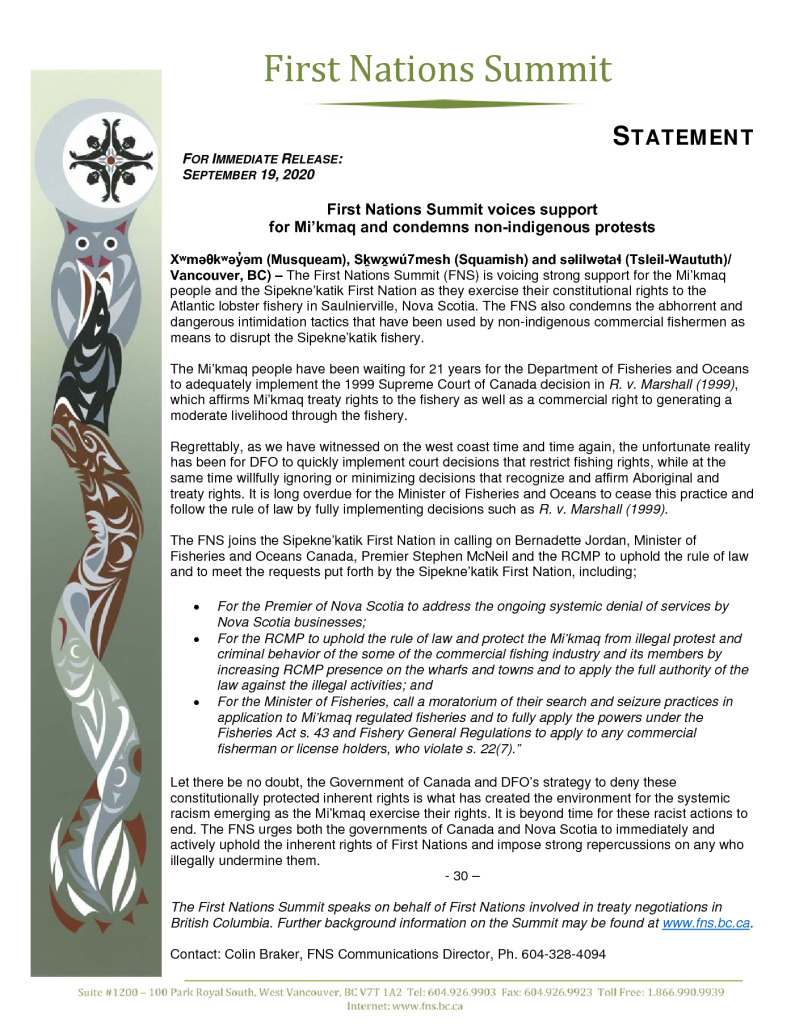 Xʷməθkʷəy̓əm (Musqueam), Sḵwx̱wú7mesh (Squamish) and səlilwətaɬ (Tsleil-Waututh)/ Vancouver, BC) – The First Nations Summit (FNS) is voicing strong support for the Mi’kmaq people and the Sipekne’katik First Nation as they exercise their constitutional rights to the Atlantic lobster fishery in Saulnierville, Nova Scotia. The FNS also condemns the abhorrent and dangerous intimidation tactics that have been used by non-indigenous commercial fishermen as means to disrupt the Sipekne’katik fishery.

The Mi’kmaq people have been waiting for 21 years for the Department of Fisheries and Oceans to adequately implement the 1999 Supreme Court of Canada decision in R. v. Marshall (1999), which affirms Mi’kmaq treaty rights to the fishery as well as a commercial right to generating a moderate livelihood through the fishery.