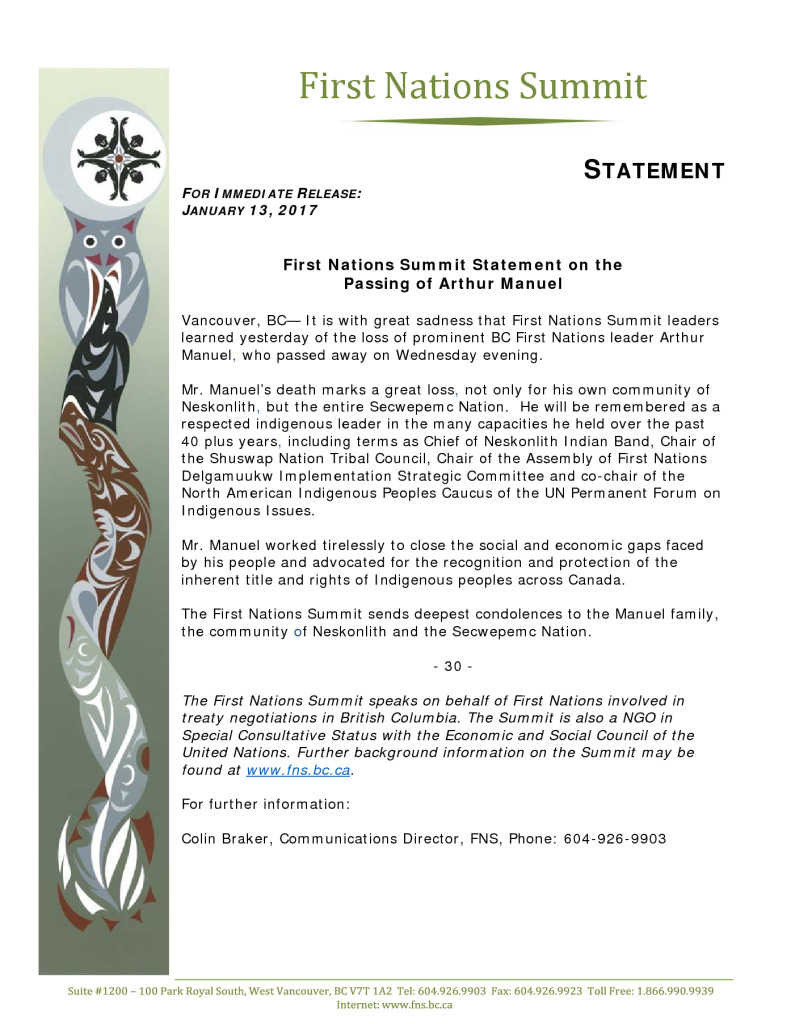 First Nations Summit Statement on the Passing of Arthur Manuel

March 6, 2017 IN
Vancouver, BC— It is with great sadness that First Nations Summit leaders learned yesterday of the loss of prominent BC First Nations leader Arthur Manuel, who passed away on Wednesday evening.
Mr. Manuel’s death marks a great loss, not only for his own community of Neskonlith, but the entire Secwepemc Nation. He will be remembered as a respected indigenous leader in the many capacities he held over the past 40 plus years, including terms as Chief of Neskonlith Indian Band, Chair of the Shuswap Nation Tribal Council, Chair of the Assembly of First Nations Delgamuukw Implementation Strategic Committee and co-chair of the North American Indigenous Peoples Caucus of the UN Permanent Forum on Indigenous Issues.