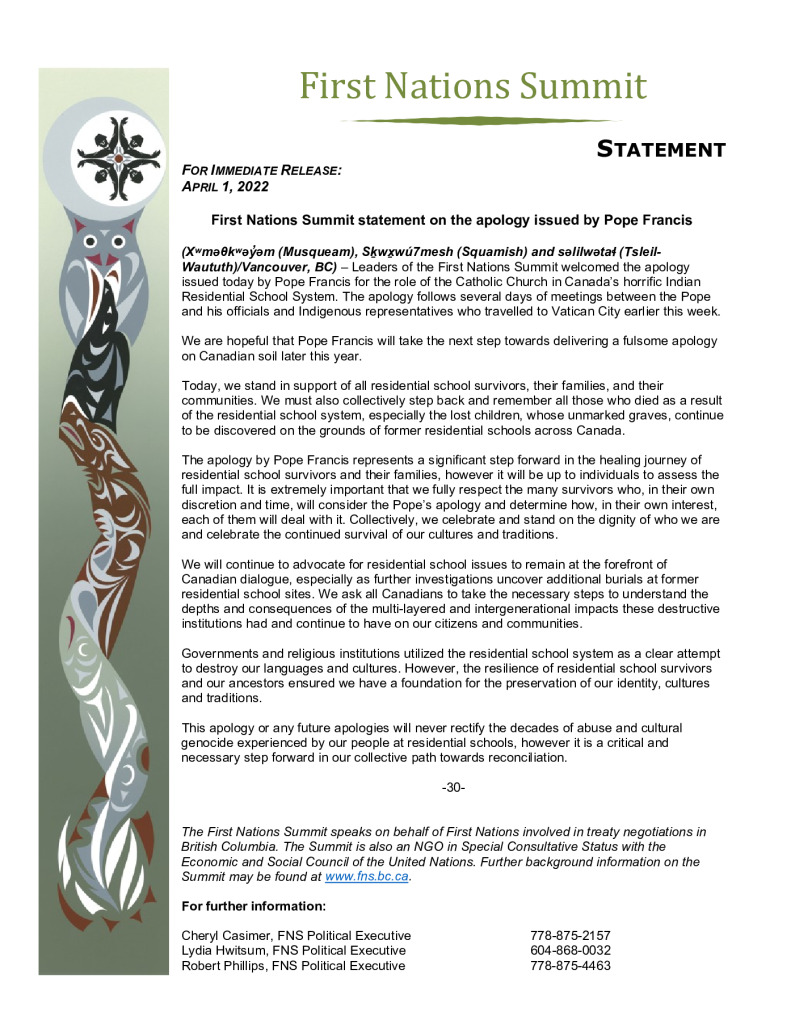 (Xʷməθkʷəy̓əm (Musqueam), Sḵwx̱wú7mesh (Squamish) and səlilwətaɬ (Tsleil-Waututh)/Vancouver, BC) – Leaders of the First Nations Summit welcomed the apology issued today by Pope Francis for the role of the Catholic Church in Canada’s horrific Indian Residential School System. The apology follows several days of meetings between the Pope and his officials and Indigenous representatives who travelled to Vatican City earlier this week.

We are hopeful that Pope Francis will take the next step towards delivering a fulsome apology on Canadian soil later this year.

Today, we stand in support of all residential school survivors, their families, and their communities. We must also collectively step back and remember all those who died as a result of the residential school system, especially the lost children, whose unmarked graves, continue to be discovered on the grounds of former residential schools across Canada.

it is a critical and necessary step forward in our collective path towards reconciliation.