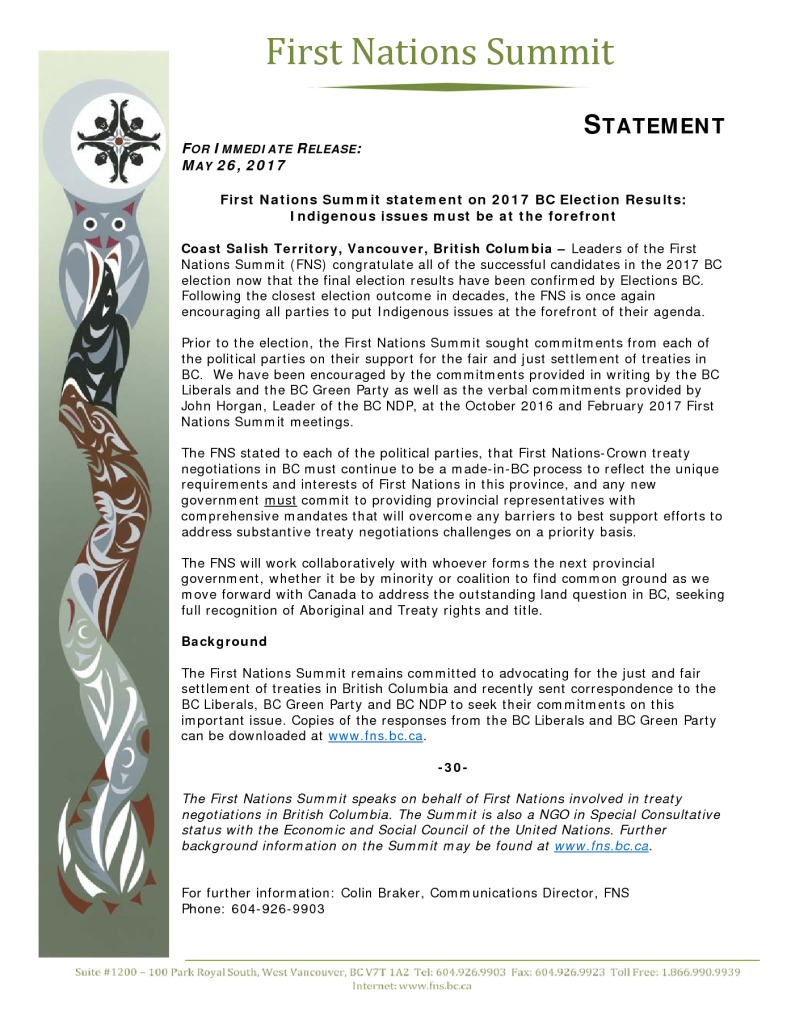 First Nations Summit statement on 2017 BC Election Results: Indigenous issues must be at the forefront

Coast Salish Territory, Vancouver, British Columbia – Leaders of the First Nations Summit (FNS) congratulate all of the successful candidates in the 2017 BC election now that the final election results have been confirmed by Elections BC. Following the closest election outcome in decades, the FNS is once again encouraging all parties to put Indigenous issues at the forefront of their agenda.