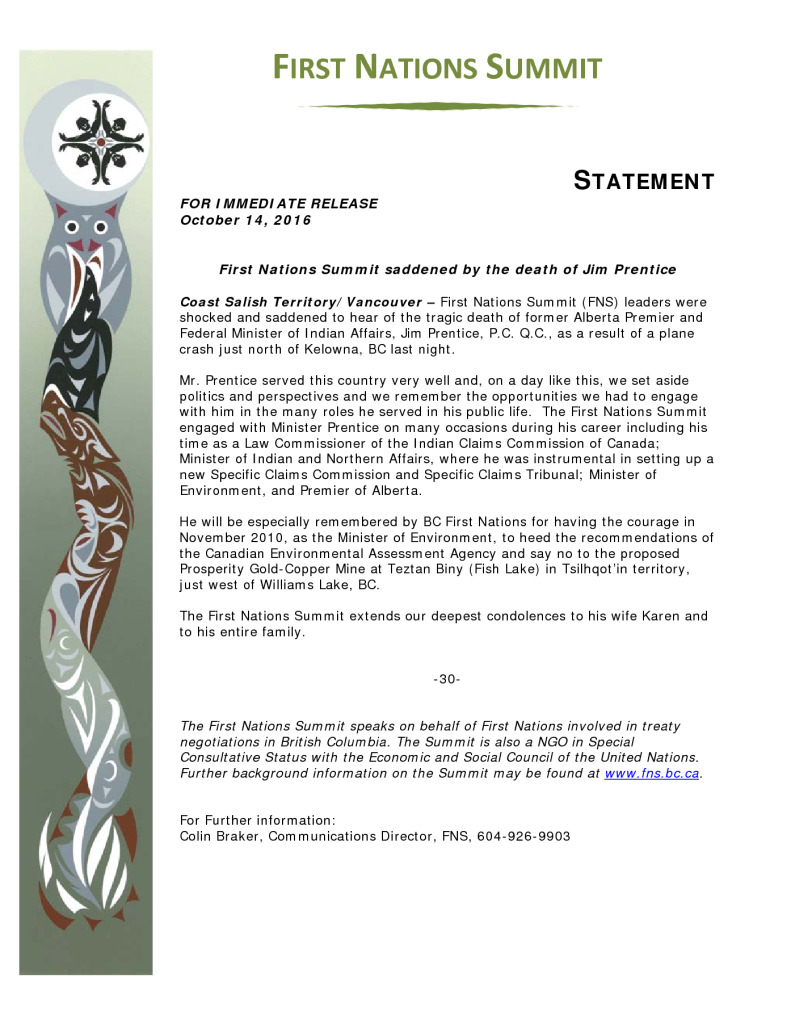 First Nations Summit saddened by the death of Jim Prentice

Coast Salish Territory/Vancouver – First Nations Summit (FNS) leaders were shocked and saddened to hear of the tragic death of former Alberta Premier and Federal Minister of Indian Affairs, Jim Prentice, P.C. Q.C., as a result of a plane crash just north of Kelowna, BC last night.

Mr. Prentice served this country very well and, on a day like this, we set aside politics and perspectives and we remember the opportunities we had to engage with him in the many roles he served in his public life. The First Nations Summit engaged with Minister Prentice on many occasions during his career including his time as a Law Commissioner of the Indian Claims Commission of Canada; Minister of Indian and Northern Affairs, where he was instrumental in setting up a new Specific Claims Commission and Specific Claims Tribunal; Minister of Environment, and Premier of Alberta.