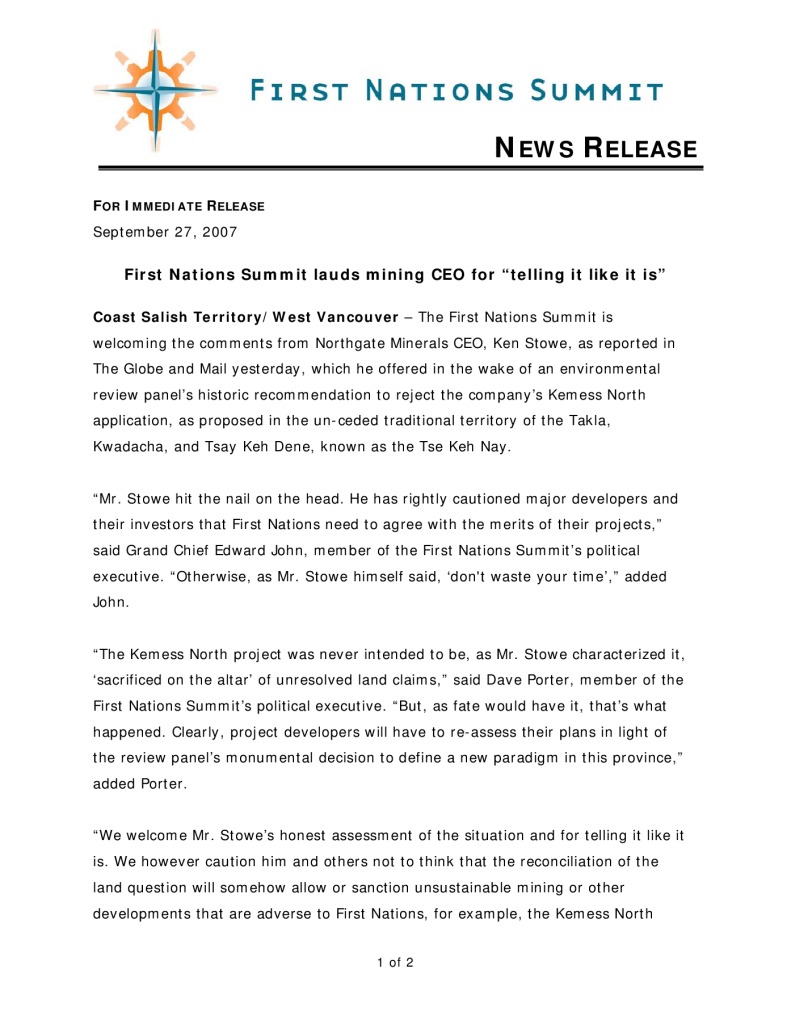 Coast Salish Territory/West Vancouver – The First Nations Summit is welcoming the comments from Northgate Minerals CEO, Ken Stowe, as reported in The Globe and Mail yesterday, which he offered in the wake of an environmental review panel’s historic recommendation to reject the company’s Kemess North application, as proposed in the un-ceded traditional territory of the Takla, Kwadacha, and Tsay Keh Dene, known as the Tse Keh Nay.

“Mr. Stowe hit the nail on the head. He has rightly cautioned major developers and their investors that First Nations need to agree with the merits of their projects,” said Grand Chief Edward John, member of the First Nations Summit’s political executive. “Otherwise, as Mr. Stowe himself said, ‘don’t waste your time’,” added John.

“The Kemess North project was never intended to be, as Mr. Stowe characterized it, ‘sacrificed on the altar’ of unresolved land claims,” said Dave Porter, member of the First Nations Summit’s political executive. “But, as fate would have it, that’s what happened. Clearly, project developers will have to re-assess their plans in light of the review panel’s monumental decision to define a new paradigm in this province,” added Porter.