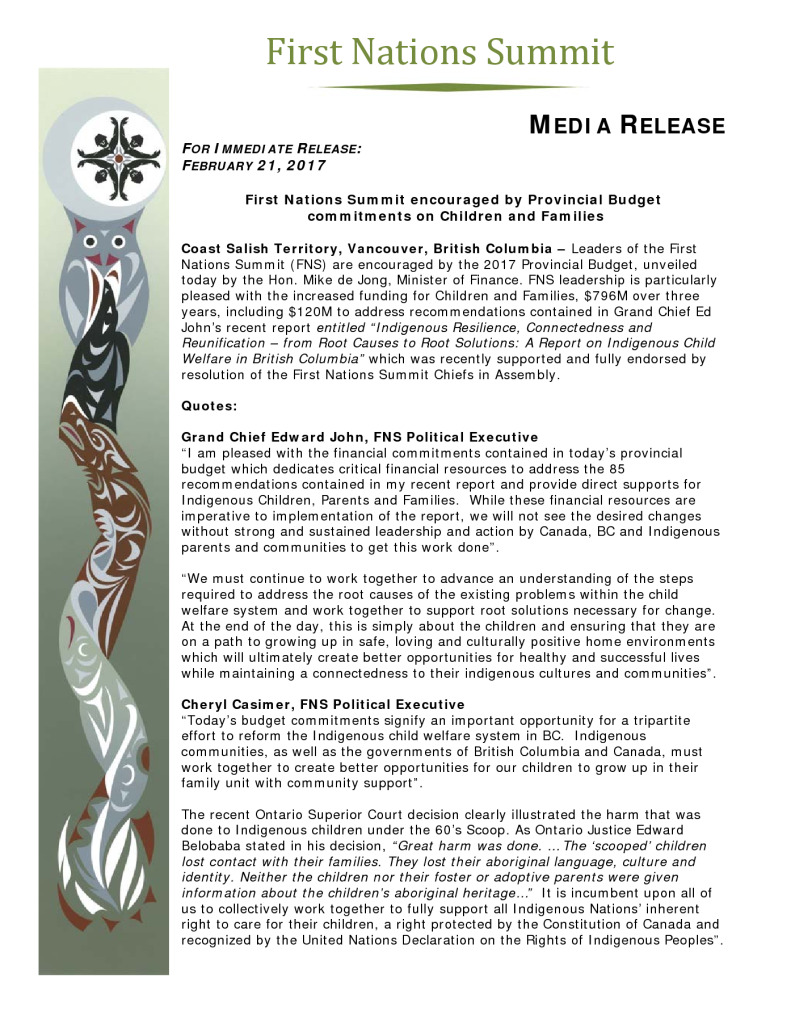 March 3, 2017 IN
Coast Salish Territory, Vancouver, British Columbia – Leaders of the First Nations Summit (FNS) are encouraged by the 2017 Provincial Budget, unveiled today by the Hon. Mike de Jong, Minister of Finance. FNS leadership is particularly pleased with the increased funding for Children and Families, $796M over three years, including $120M to address recommendations contained in Grand Chief Ed John’s recent report entitled “Indigenous Resilience, Connectedness and Reunification – from Root Causes to Root Solutions: A Report on Indigenous Child Welfare in British Columbia” which was recently supported and fully endorsed by resolution of the First Nations Summit Chiefs in Assembly.
Quotes:
Grand Chief Edward John, FNS Political Executive “I am pleased with the financial commitments contained in today’s provincial budget which dedicates critical financial resources to address the 85 recommendations contained in my recent report and provide direct supports for Indigenous Children, Parents and Families. While these financial resources are imperative to implementation of the report, we will not see the desired changes without strong and sustained leadership and action by Canada, BC and Indigenous parents and communities to get this work done”.