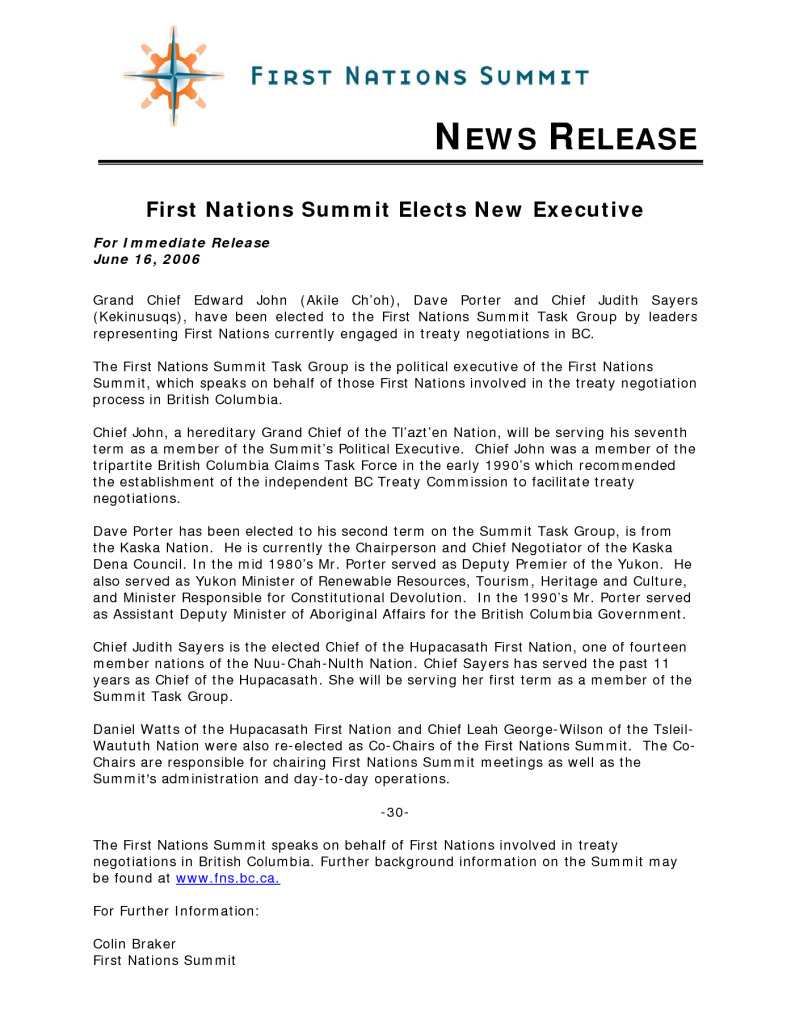 Chief John, a hereditary Grand Chief of the Tl’azt’en Nation, will be serving his seventh term as a member of the Summit’s Political Executive. Chief John was a member of the tripartite British Columbia Claims Task Force in the early 1990’s which recommended the establishment of the independent BC Treaty Commission to facilitate treaty negotiations.