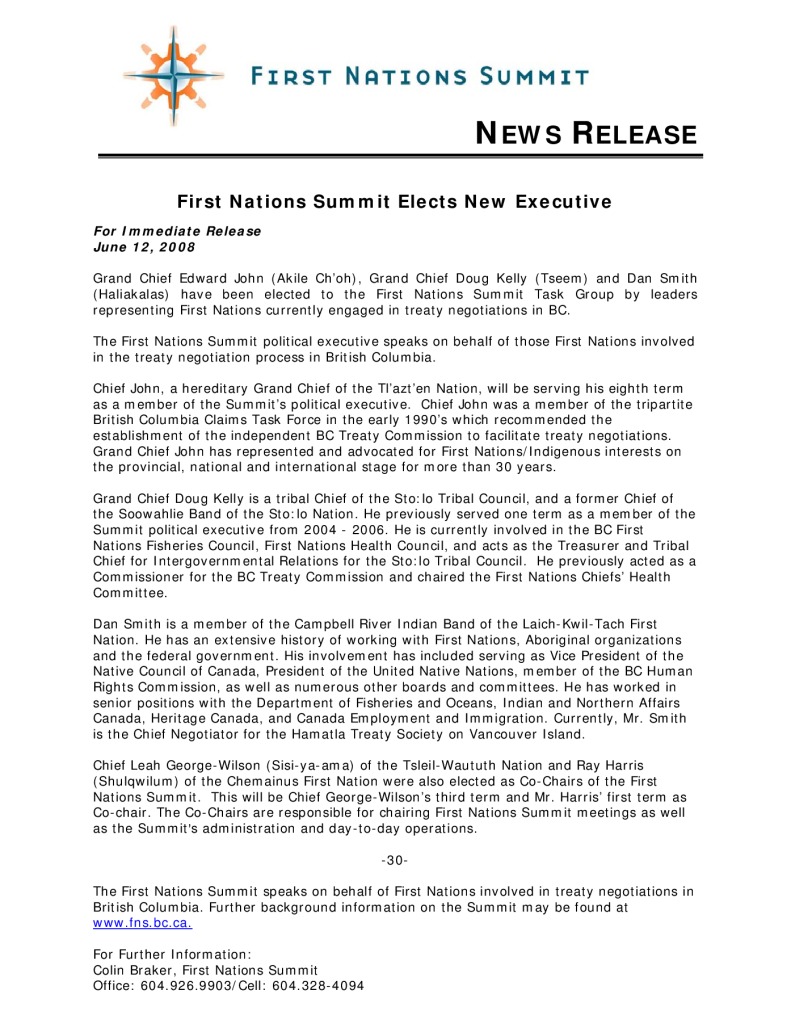 Chief John, a hereditary Grand Chief of the Tl’azt’en Nation, will be serving his eighth term as a member of the Summit’s political executive. Chief John was a member of the tripartite British Columbia Claims Task Force in the early 1990’s which recommended the establishment of the independent BC Treaty Commission to facilitate treaty negotiations. Grand Chief John has represented and advocated for First Nations/Indigenous interests on the provincial, national and international stage for more than 30 years.