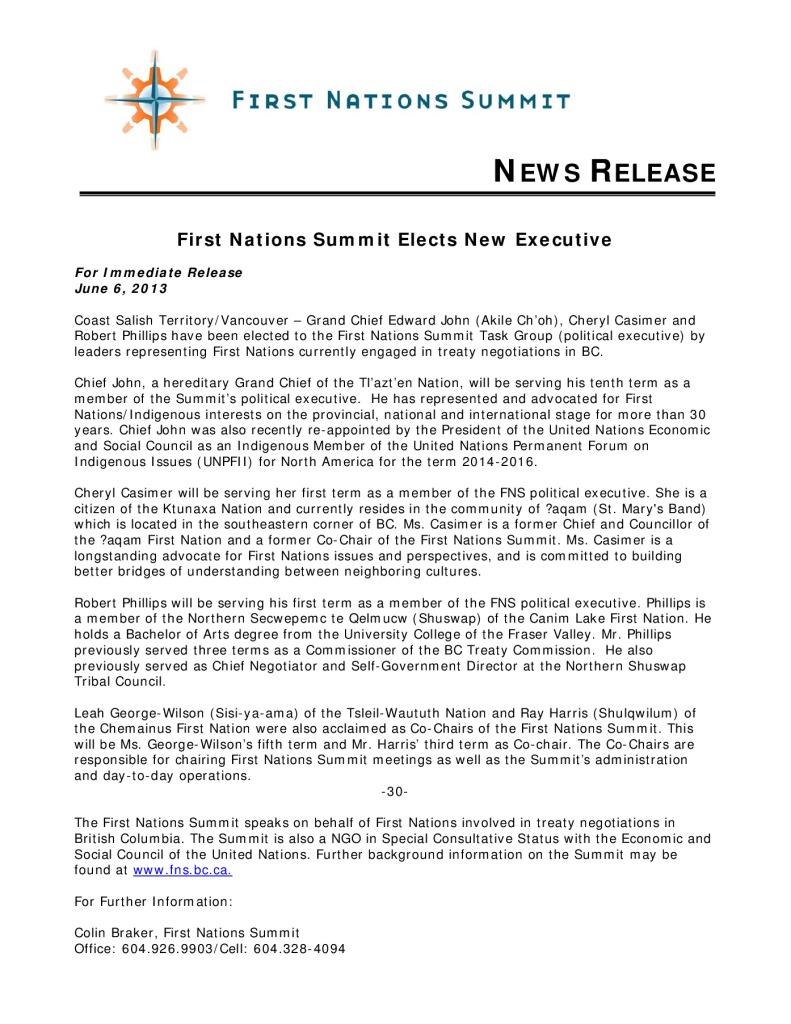 Chief John, a hereditary Grand Chief of the Tl’azt’en Nation, will be serving his tenth term as a member of the Summit’s political executive. He has represented and advocated for First Nations/Indigenous interests on the provincial, national and international stage for more than 30 years. Chief John was also recently re-appointed by the President of the United Nations Economic and Social Council as an Indigenous Member of the United Nations Permanent Forum on Indigenous Issues (UNPFII) for North America for the term 2014-2016.

Cheryl Casimer will be serving her first term as a member of the FNS political executive. She is a citizen of the Ktunaxa Nation and currently resides in the community of ?aqam (St. Mary’s Band) which is located in the southeastern corner of BC. Ms. Casimer is a former Chief and Councillor of the ?aqam First Nation and a former Co-Chair of the First Nations Summit. Ms. Casimer is a longstanding advocate for First Nations issues and perspectives, and is committed to building better bridges of understanding between neighboring cultures.