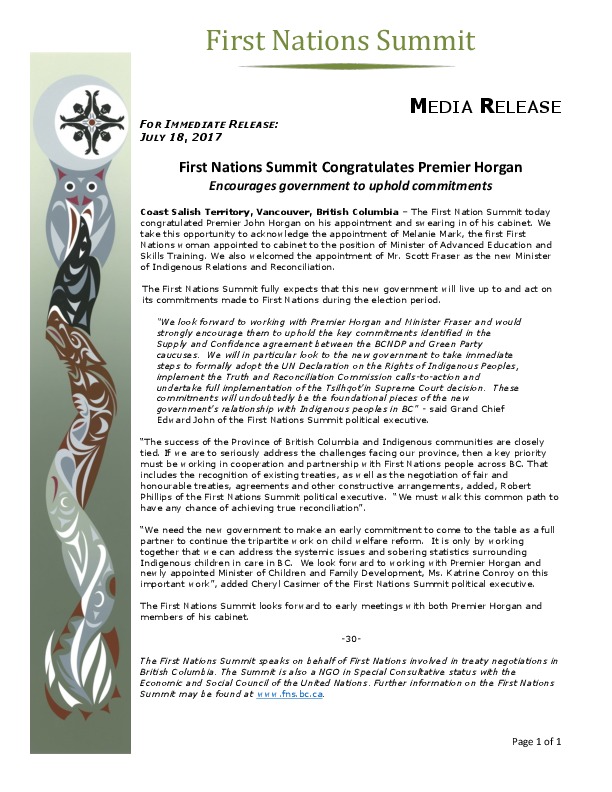 Coast Salish Territory, Vancouver, British Columbia – The First Nation Summit today congratulated Premier John Horgan on his appointment and swearing in of his cabinet. We take this opportunity to acknowledge the appointment of Melanie Mark, the first First Nations woman appointed to cabinet to the position of Minister of Advanced Education and Skills Training. We also welcomed the appointment of Mr. Scott Fraser as the new Minister of Indigenous Relations and Reconciliation.

The First Nations Summit fully expects that this new government will live up to and act on its commitments made to First Nations during the election period.