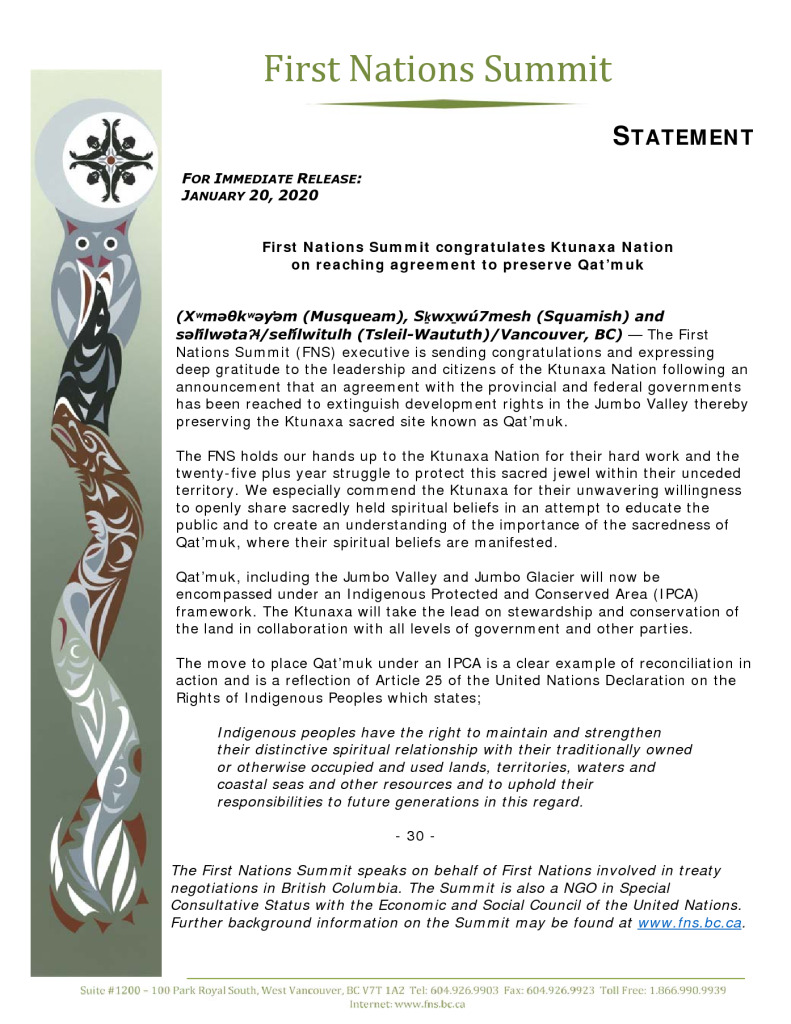 (Xʷməθkʷəy̓əm (Musqueam), Sḵwx̱wú7mesh (Squamish) and səl̓ilwətaʔɬ/sel̓ílwitulh (Tsleil-Waututh)/Vancouver, BC) — The First Nations Summit (FNS) executive is sending congratulations and expressing deep gratitude to the leadership and citizens of the Ktunaxa Nation following an announcement that an agreement with the provincial and federal governments has been reached to extinguish development rights in the Jumbo Valley thereby preserving the Ktunaxa sacred site known as Qat’muk.

The FNS holds our hands up to the Ktunaxa Nation for their hard work and the twenty-five plus year struggle to protect this sacred jewel within their unceded territory. We especially commend the Ktunaxa for their unwavering willingness to openly share sacredly held spiritual beliefs in an attempt to educate the public and to create an understanding of the importance of the sacredness of Qat’muk, where their spiritual beliefs are manifested.