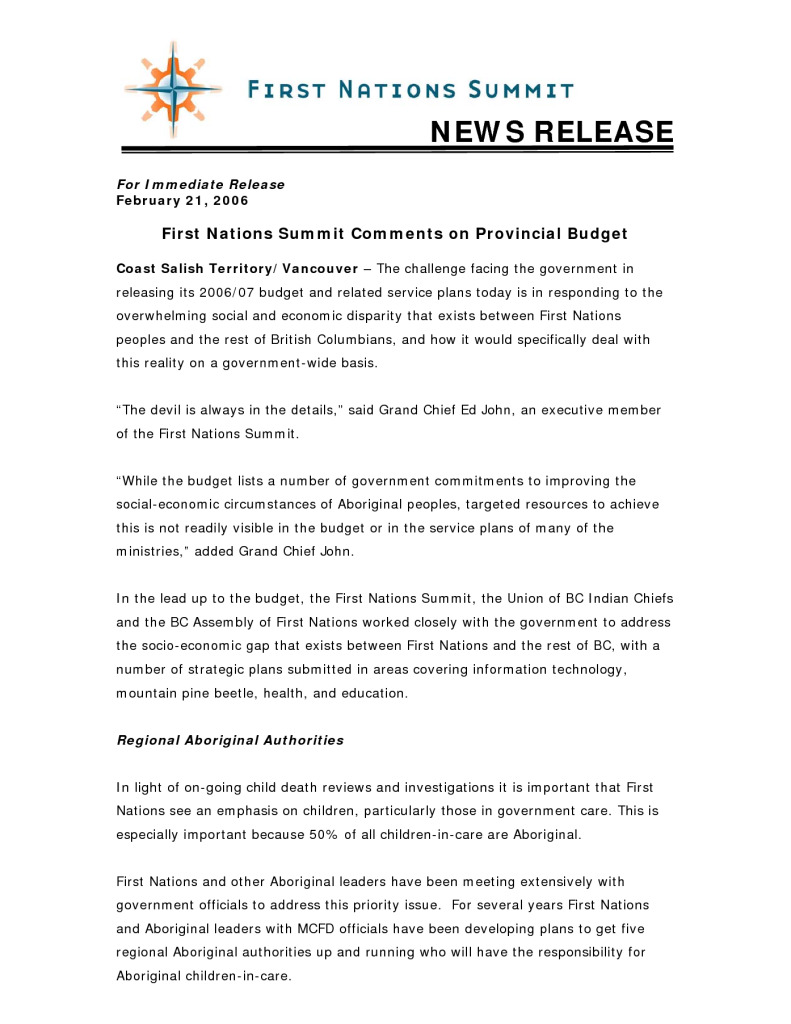 Coast Salish Territory/Vancouver – The challenge facing the government in releasing its 2006/07 budget and related service plans today is in responding to the overwhelming social and economic disparity that exists between First Nations peoples and the rest of British Columbians, and how it would specifically deal with this reality on a government-wide basis.

“The devil is always in the details,” said Grand Chief Ed John, an executive member of the First Nations Summit.

“While the budget lists a number of government commitments to improving the social-economic circumstances of Aboriginal peoples, targeted resources to achieve this is not readily visible in the budget or in the service plans of many of the ministries,” added Grand Chief John.