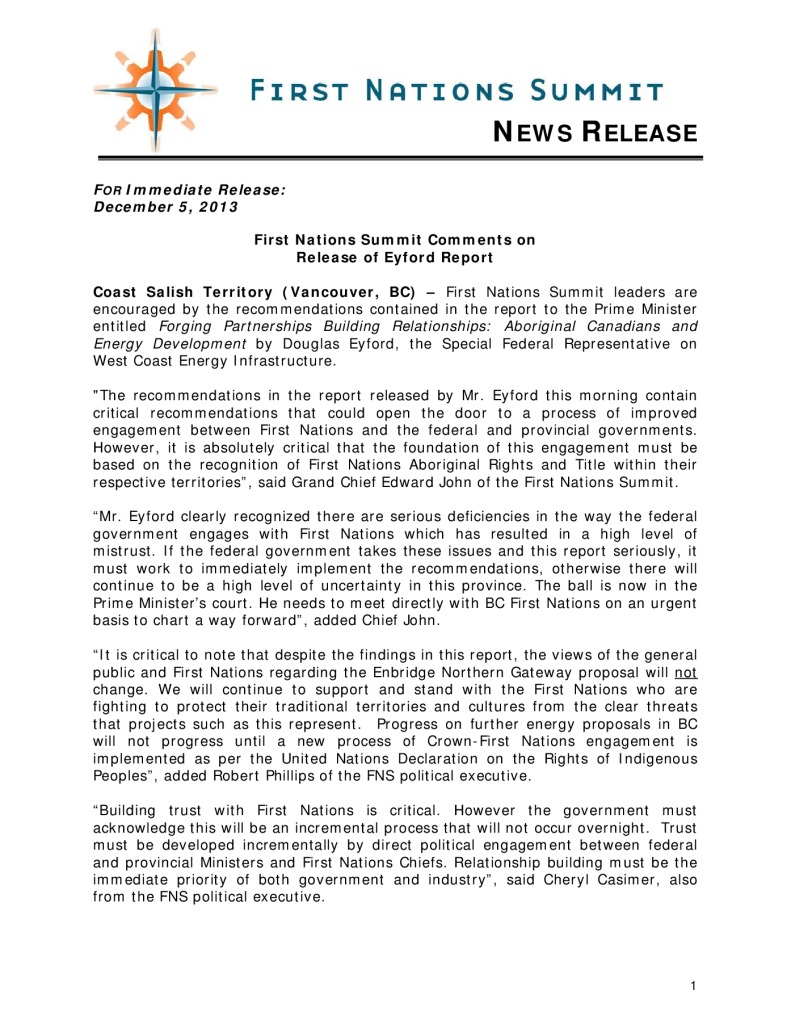 “The recommendations in the report released by Mr. Eyford this morning contain critical recommendations that could open the door to a process of improved engagement between First Nations and the federal and provincial governments. However, it is absolutely critical that the foundation of this engagement must be based on the recognition of First Nations Aboriginal Rights and Title within their respective territories”, said Grand Chief Edward John of the First Nations Summit.

“Mr. Eyford clearly recognized there are serious deficiencies in the way the federal government engages with First Nations which has resulted in a high level of mistrust. If the federal government takes these issues and this report seriously, it must work to immediately implement the recommendations, otherwise there will continue to be a high level of uncertainty in this province. The ball is now in the Prime Minister’s court. He needs to meet directly with BC First Nations on an urgent basis to chart a way forward”, added Chief John.